A closed beta for Ghost Recon Online was supposed to commence last summer, but that never happened. Now, Ubisoft has announced a firm start date for the private beta, saying it will begin on March 5.

Gamers eager to try out the third-person online multiplayer shooter for the PC can apply to beta-test the game at the title's official website. Ubisoft did not say how it will go about choosing participants or note how many users the beta will be open to.

In development at Ubisoft Singapore, the downloadable multiplayer shooter will take place in a third-person perspective with a focus on cover-based tactical gameplay. As is standard for free-to-play offerings, players will be afforded opportunities to customize their characters by purchasing "premium items."

The game is also currently in development for the Wii U, though neither Nintendo nor Ubisoft has offered word on that version of the game since its announcement at the 2011 Electronic Entertainment Expo. 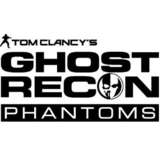