Nexon announced the launch schedule for the upcoming MMO shooter Ghost in The Shell online for Japan.

According to a Nexon press event held in Japan, the PC game will be out within the first half of 2014. The MMO shooter will allow players a choice between two factions: the cyber terrorists or Section 9, and character customization that determines how mechanized an avatar can be.

The game is developed by Neople, the same team behind online MMO Dungeon Fighter Online. There are currently no details on whether the game will be localized or published outside of Japan. 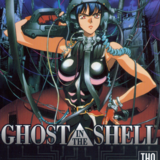