Get One Of The Best Nintendo Switch Controllers For Less Today

The Hori Split Pad Pro makes the Nintendo Switch a lot more comfortable on the go, and it's on sale today at Amazon.

The Nintendo Switch is one of the best consoles from the Mario makers, and it's quickly becoming one of its best-selling, too. But there's no question that the hybrid console could really use some better ergonomics when on the go. Thankfully, peripheral-maker Hori has a fantastic alternative with its Split Pad Pro, which you can pick up atAmazon today for a discounted price of $40.50. 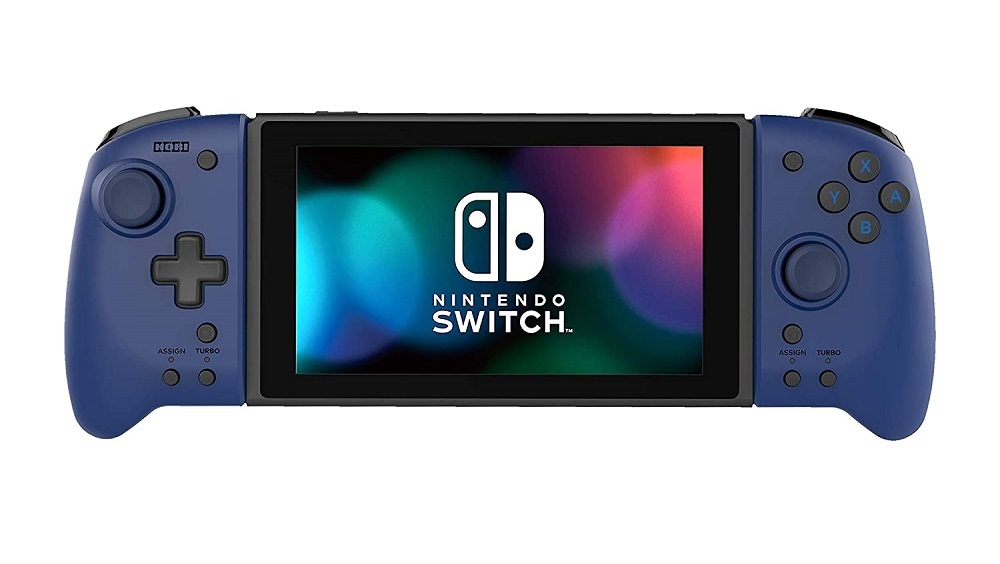 The Hori Split Pad Pro is rather massive when compared to the regular Nintendo Joy-Cons, but it makes up for that in the sheer comfort you'll find when using it. The traditional controller sculpt gives you far more grip of the Switch, while the improved D-Pad and larger face buttons might make some games a lot easier to play over an extended period. The deal today is exclusive to the Midnight Blue variant, which does look nice if you're not all about a flashy, attention-seeking Switch.

You will sacrifice HD Rumble, NFT support, and some battery life when using the Hori Split Pad Pro, but the comfort benefits might be worth it. There are so many third-party Switch controllers that it's sometimes hard to decide which one to get. But in our testing, we've found the Hori Split Pad Pro to be one of the best out there, with the controller ranking highly in our list of best Nintendo Switch controllers. With today's discount it even costs close to half of a traditional pair of Joy-Cons, which makes it rather tempting.

If you're looking for more Switch deals, Best Buy is still running a promotion of an assortment of Nintendo Switch games, including savings on Mario Odyssey, Fire Emblem: Three Houses, and more. Check out our full round-up of today's best deals, from SSDs to monitors, right here.