Get An Xbox Series S With 2 Controllers For Just $290

There’s an awesome Xbox Series S and bonus controller bundle on sale at eBay while supplies last. The bundle is just $290 (normally $360) and includes the Xbox Series S console (which ships with a 512GB drive and a controller in the box), plus an additional controller so you and your co-op partner can start playing games together once everything is set up. 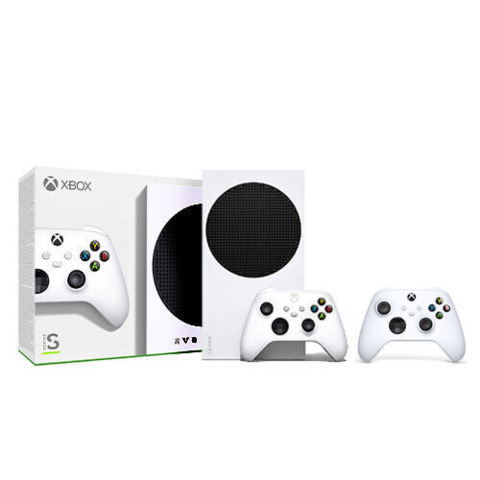 This deal saves you $70 off the bundle’s normal price, so you essentially get the extra controller for free plus a small discount on the Series S console. You can use that leftover cash to grab a new game or two on the Microsoft Store. The deal also includes free standard shipping to anywhere in the world (with a few exceptions), plus a 30-day money-back guarantee on returns if you change your mind. We have no idea how long it’ll be available, but it’s selling fast so jump on the deal if you’re interested.

As we said in our initial Xbox Series S review, the console is the perfect option for those who don’t want to shell out for the bigger, more powerful Series X. While not as powerful as the Series X, the Series S can play all the same games as the Xbox Series X, and its maximum 1440p resolution is still a respectable visual upgrade compared to the Xbox One.

The Series S is also a digital-only device; it doesn’t have a disc drive like the Series X does. There are pros and cons to going all-digital, but data space and price are the biggest considerations. Xbox Series X|S games are pretty big files that take a while to download, and you’ll only be able to keep a few installed before the Series S’s 512GBs are used up (unless you purchase a larger hard drive instead). You will also have to buy digital versions of any games you want to play or subscribe to Xbox Game Pass Ultimate, which pairs extremely well with the Series S.

Still, the Series S is absolutely a viable option for playing the latest Xbox games, and may even be the preferred option thanks to its smaller size and all-digital experience. If that’s you, definitely check out the eBay deal while its still available. And if you’re looking for something to play on your new Xbox console, check our recommendations for the best games on Xbox Series X|S.