Nintendo is offering a nice freebie when you purchase two select digital Switch games this week.

In recent months, Nintendo has partnered with various retailers to offer a free Nintendo Switch 128GB memory card with the purchase of two select digital games. Now, Nintendo has once again linked up with Walmart to offer the deal until August 12, and a nice selection of games are available. The list includes some of the Switch's most popular exclusives as well as some stellar third-party titles. 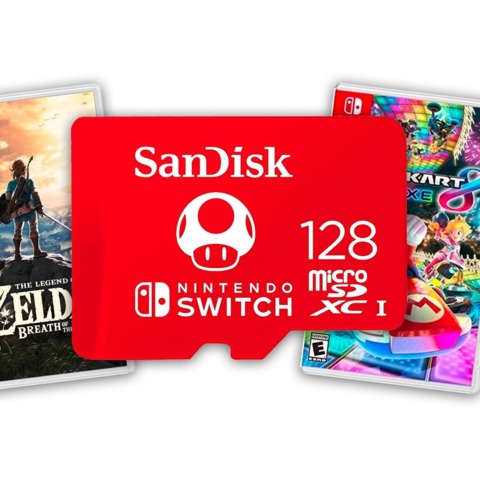 Available at Walmart until August 12 or while supplies last

Every game in the promotion is listed at $60, but considering these games are rarely on sale anyway, the free microSD card is a nice perk. (As a point of reference, the same memory card is on sale for $27.88 at Amazon, usually listed at $35.) You'll receive your digital game codes via email so you can redeem in the Eshop and start playing right away. The memory card will be shipped separately with free two-day delivery.

Of course, there are plenty of other game deals available directly on the Eshop. Right now, the Switch is celebrating QuakeCon with discounts on Bethesda games, including Doom (2016) and The Elder Scrolls V: Skyrim for $30 each.