Sierra Games is back, and it already has two games in the works.

After its website was revived last week, teasing a Gamescom announcement, publisher Sierra Games has been confirmed to be making a return. As an Activision subsidiary, it already has two projects it will be publishing: a new King's Quest and Geometry Wars 3: Dimensions.

Geometry Wars 3 will offer "full 3D action"--a potentially worrying prospect given its roots as a 2D twin-stick shooter--and both cooperative and competitive multiplayer. A single-player campaign will consist of 50 different challenges and more than 10 modes, five of which are said to be new. Players are promised a "consistently new experience each time they play" thanks to "dynamic and persistent progression."

Dimensions is in development at Lucid Games, a UK-based developer founded by former employees of defunct developer Bizarre Creations, the studio that originally developed the series (which started out as a mini-game in Project Gotham Racing 2). Original designer Stephen Cakebread, however, is not involved with the game, according to a tweet he sent out today. The game is due out sometime this holiday season on "more platforms ever before;" past Geometry Wars games have been released on Xbox 360, PC, Wii, DS, and iOS.

A new King's Quest adventure game is Sierra's other new project. Developed by The Odd Gentlemen, the team responsible for The Misadventures of P.B. Winterbottom, the new game is a "fully reimagined" version of King's Quest coming in 2015. "King Graham--revered as the greatest adventurer to ever live--shares his life's adventures with his curious granddaughter, Gwendolyn," today's announcement explains. "It is through these tales that Gwendolyn discovers the true greatness of her grandfather."

Unfortunately, no screenshots or videos of either game were made available.

Both projects bring Sierra back to franchises it's previously worked on in some capacity: It developed the old King's Quest games and published Geometry Wars: Galaxies. It won't exclusively work on its past franchises, though; its "focus is on indie studios developing innovative, edgy, and graphically unique games, including new IPs and contemporary reimaginings of beloved Sierra classics." The company is already "well underway" on other indie projects, some of which may launch later this year.

Which of Sierra's new projects are you most excited to see? Let us know in the comments below. 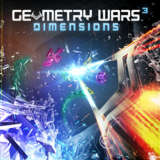