Game Republic's first game is due on Japanese PS2s this summer.

TOKYO--Retail sources say Game Republic's upcoming Genji, bound for the PlayStation 2, will be released in Japan on June 30.

Genji is the first game from former Capcom producer Yoshiki Okamoto since he established his own development studio. Game Republic was founded in 2003.

Okamoto is best known for his work as a producer on such games as Street Fighter II and numerous Resident Evil titles. Okamoto left Capcom in June of 2003 after 19 years with the company.

Genji is a fighting game and is currently scheduled only for a Japanese release. Game Republic is also developing products with Microsoft Game Studios for the next-generation Xbox. For details on Genji, check GameSpot's hands-on impressions from the Tokyo Game Show. 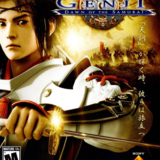