Generation of Chaos coming to PSP

Strategy RPG from NIS lands on the handheld in 2006; game features 30-on-30 real-time army battles.

The Generation of Chaos series is making two debuts next year. Not only will the popular Japanese role-playing series be on a portable device for the first time, but it will also mark its premiere in North America.

NIS America, a subsidiary of Nippon Ichi Software of Japan, has announced that Generation of Chaos will be coming to the PSP next spring. Two previous editions of the franchise were released in Japan on the PlayStation 2. The game is being developed by Idea Factory.

In the strategy RPG, gamers will attempt to dominate the land of Duke by building up their kingdom from humble beginnings. The game features massive battles between armies of up to 30 units, and customizable troops and commanders. 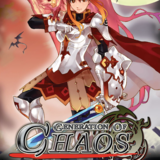