Gears Pop!, the mobile spin-off of the Gears of War series, is launching just ahead of Gears 5. It's out on August 22, and reimagines the Gears world with Pop Vinyls and a new gameplay style. It's an arena battle game, and it'll be free-to-play.

While it might not resemble the classic Gears gameplay, Xbox fans should be happy to know that the game will contain achievements, letting you nab a total of 1000 Gamerscore if you log into your Xbox Live account through your phone. It joins the likes of Minecraft and Microsoft Solitaire Collection as a rare mobile title that you can earn Xbox achievements on.

Here's the full list of achievements you can earn, and how many points they're worth. And, yes, there's a ridiculous 'Seriously' achievement in Gears Pop!, as is series tradition. 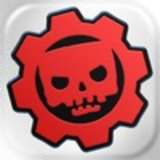