Specifically, the quartet had gathered to discuss the growing convergence of games and films. The subject is particularly dear to Ubisoft's corporate heart, as it has been laying the groundwork to begin film efforts itself. Last year, the company purchased the license to make movies--and any other media properties--based on the Tom Clancy brand. Shortly thereafter, it bought Hybride, the Montreal-based effects house behind Sin City, 300, and Snakes on a Plane.

Though Hybride reps were not on hand, fellow Quebecois Mallat (top) kicked off the panel with thoughts on the film-game nexus. He sad Ubisoft is betting on developing film and movie properties at the same time, which would lead to an overall "bigger" media experience. He lamented the fact that most film studios think of games only after a film has already been developed and sometimes even after it has entered preproduction. 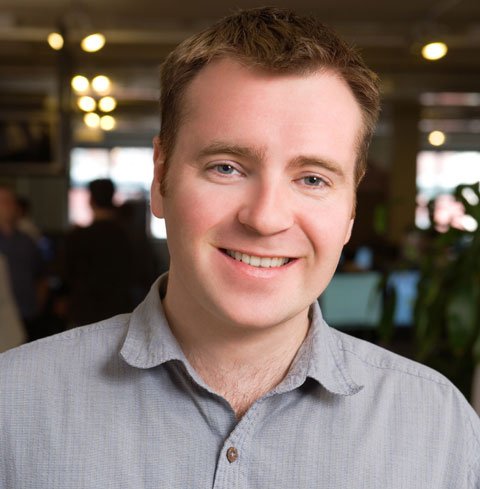 As an example of how films and games should be developed, Mallat held up Avatar. In 2007, Ubisoft announced it was developing the game adaptation for the forthcoming $200-million-plus 3D sci-fi epic from Titantic director James Cameron, due out later this year. Mallat said Cameron's LightStorm Entertainment is working closely with Ubisoft, even sharing assets with the digital effects arm at Weta Digital (Lord of the Rings), which is handling special effects.

"When we met, we understood we were on the same page with Avatar," said Mallat of his first encounter with the Aliens and Terminator director. "He wrote the script to Avatar around 12, 14 years ago, but he had to wait for the technology." Via taped comments at GDC 2005, Cameron revealed that he was developing the Avatar game and film simultaneously, telling BusinessWeek the following year that it would be a massively multiplayer game. Since then, little has been heard about the film's genre or story.

As for Hybride, Mallat said the VFX house was "working on several projects" and the public "wouldn't have to wait that long" to find out what they are. However, the executive said the "long-term goal is to have movie and game people [at Ubisoft] talk to each other in real time. That's happening already...and those filmmaking tools and processes will help us make better games." Mallat then mentioned Tom Clancy and Assassin's Creed as game IPs Ubisoft is looking at as potential first film projects.

Next on the mic was De Plater (center top), who talked about the voice commands used in the real-time strategy title Tom Clancy's EndWar. He said the goal of the system was to leave behind traditional RTS controls, which have players dispatch entire regiments with the cold, unfeeling touch of a button.

"We wanted to make people feel responsible if they make people live or die," he explained. "We wanted a game where you would talk to soldiers and they would talk back. ... The challenge was to make those soldiers be real people, not ants." 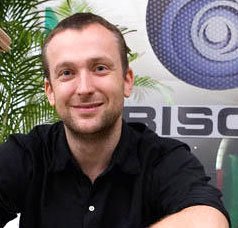 Was it successful? De Plater thinks so. "One of our first play-testers came back and told us that 'I am the general,'" he said, before adding "We're just at the infancy of what's possible [with voice commands]."

As an example of the type of emotional moment he'd like to see in games, Hocking held up the scene in director Steven Spielberg's World War II film Saving Private Ryan when Caparzo (Vin Diesel) is killed trying to save a little girl from a bombed-out building. 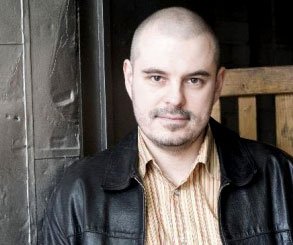 "But Spielberg learned from all the guys before him over some 100 years of filmmaking," asserted Hocking. "We only learned from 20, 30 years [of game development]. So who knows, somewhere down the line maybe we will have stuff with the emotional resonance of Spielberg."

In Far Cry 2, he tried to re-create similar characters by making the main non-player characters vital--and expendable. "We wanted to make the buddies in Far Cry matter, to make risking their lives important," said Hocking.

The last to speak was Mattes (bottom), who began with a prolonged defense of Elika, the companion character in last year's Prince of Persia. One of the more consistent criticisms of the fantastical franchise's cel-shaded reboot was that Elika's help made the game too easy.

Mattes saw Elika's artificial intelligence as a virtue, however. "We succeeded in making the first AI character that people didn't hate," he said. "People said they hated the game but liked her, except the misogynists in the forums. Whatever. They can just go back to Gears [of War]." 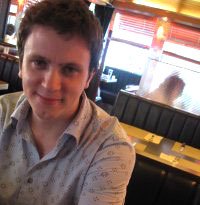 Returning to the subject of Hollywood's influence on games, Mattes echoed Hocking's comments about taking the film industry's advice with a grain of salt.

"If you asked me a couple years ago how to make a game good, I'd say we should get a Hollywood director in here and ask how they crafted emotions, and get a Hollywood actress in here and ask how she'd create emotions," he explained. "But they'd just fly in, get a $1,000-an-hour consultant salary, and leave. ... We need them to respect us as much as we respect them. Only then we can sit down and have a dialogue."