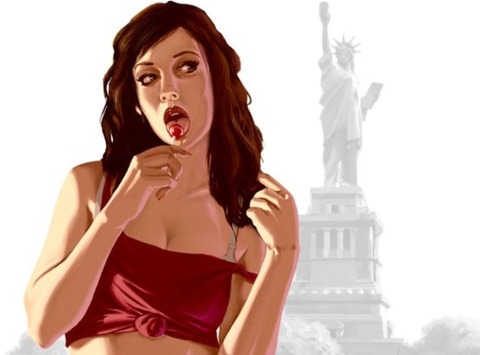 As part of his prelude, Zimmerman noted that the topics of sex and autobiography are taken quite seriously by other forms of established media, ranging from the theater to novels to epic poetry. And despite the fact that designers can literally do, show, and say anything with their creations, games still generally end up falling within the same codified genres. The purpose of the game design challenge, he said, was to get designers to move beyond these standards and challenge the medium to grow.

"I'm saying this as a fan of Valve," said Zimmerman, "but I do find it frustrating and disturbing that Kim would be pulled from the panel."

Zimmerman's time on the soapbox thus spent, Swift replacements Heather Kelley (of Kokoromi) and Erin Robinson (of Wadjet Eye Games) then launched into their presentation, for which they were given just 36 hours to prepare. Noting that they were both of the, shall it be said, nerdier persuasion, Kelley and Robinson first thought to make a WarioWare-style minigame compilation surrounding their first kiss. Unfortunately, for both, it occurred on a high school marching-band bus, and they decided that wouldn't be a particularly entertaining game.

They did decide to stick to the WarioWare minigame theme, with gamers playing out the sexual encounter by completing a number of challenges that lead up to the act. In Kelley's level, players would begin by quickly picking the least complicated outfit, noting that articles of clothing with buckles, ties, or zippers prone to getting stuck would be negative points. Then, players would play a leg-shaving minigame. On to dinner, players would have to quickly pick out large chunks of garlic from the meal while the date isn't looking.

Once back at the domicile, players would be tasked with choosing the sexiest LP. On to the deed itself, players would be challenged with keeping the coupling couple from falling off the top bunk (the game is apparently set in a college atmosphere). Lastly, players would have to flick off the smirking roommate standing in the hall outside, through a golf-swing-style minigame.

Robinson's WarioWare-style level begins with players spinning an analog car-stereo knob to find a music station "that isn't country." Then, players are swooped away to the local convenience story to choose a "non-scary condom." The player would then need to make the first move on the guy, followed by a belt-unbuckling minigame. During intercourse, gamers would be tasked with identifying all of the Terry Pratchett books on a nearby bookshelf. Finally, the player would need to call their best friend Alice on a cell phone, complicated by the fact that her name is wedged in-between mom and grandma's number.

The game, according to Kelley and Robinson, judges players by way of a humiliation meter, with the idea of being as humiliated as possible up to the point where the process becomes unbearable.

Sulka Haro then presented his game design. Adopting a different perspective on the topic at hand, Haro decided to title his hypothetical project "Your First Time," which would rely on user-generated content. The game would be multiplayer-centric, accommodating four to six players, and each participant would take turns telling an anonymous story.

First, a storyteller would write up a tale of his or her first time, which didn't necessarily have to relate to sex. Then that player would pick a photo from Flickr that aptly depicted the situation, as well as three other pictures. The other players would then pick one of the four photos and attempt to cipher out the story using the photo they had selected. Finally, players would vote on which story came closest to the initial tale told.

Steve Meretzky, who won last year's Game Design Challenge, was last to present his game concept. Meretzky, who may be best known for his text-adventure titles developed for Infocom, such as The Hitchhiker's Guide to the Galaxy, began by noting that he was "not an early bloomer" when it came to the topic at hand.

His game, which is a mostly answer-response-style text-based adventure that takes place in the online social game Second Life, plays out over three acts. The first act represents the high school phase, where no matter how well the player performs or what genius lines he or she concocts, the player will find only rejection from the opposite sex. The second act takes place in college, where success is possible but extremely difficult. The final act represents adult life, where success may come easy but often isn't the product of love.

Describing the difficulty factor and seemingly endless rejection that players will face, Meretzky noted that it isn't the actual sexual act that is of significance, calling it "the plumbing." Rather, the emphasis is on the emotions and feelings that drive people toward it. The title of his game, he then revealed, was "Wait, Time Passes." "No matter how bleak your social prospects look, your time will come, you will find happiness in the world," he said.

All three presentations thus given, the crowd then voted by way of applause. After a close count--and a recount--Heather Kelley and Erin Robinson were deemed the winners of this year's challenge.