Advertising-in-games guru says developers should expect more big companies to get on the advergames bandwagon.

If you're the type who hates the increasing amount of advertising within video games--and in particular entire "advergames" such as the Burger King series--then David J Edery, Microsoft's worldwide games portfolio manager for Xbox Live, has some bad news for you: It's going to get a lot worse.

Edery--who is also the author of the upcoming book For Fun and Profit: How Video Games Are Transforming the Business World (a book neither paid for nor endorsed by Microsoft)--says the success of games such as Sneak King for fast-food joint Burger King means more big-name corporations will jump on the advergames bandwagon. Edery was speaking today at GDC at a session titled Advertising and Games: Opportunities, Pitfalls, and Competition.

"Burger King sold 3.2 million copies [of their advergame series]. I think game developers and publishers need to be aware that this is only going to get bigger," he said. "Imagine McDonald's thinking about this. So now you're talking about an advertiser who's willing to sell a game for $4, and spending the same amount of money on development as some of our industry's AAA titles. It's a little scary."

As for advertising within other games, Edery says gamers are becoming more savvy and will more often have negative feelings toward any products or services featured in overt in-game advertisements that they notice. The solution for prospective advertisers, Emery says, is to eliminate recognition; in other words, advertise in games in a way that gamers won't notice. This means fitting into that particular gameworld seamlessly and in as natural a way as possible.

"[Advertisers] have to resist the temptation to stand out in unnatural ways," he said. "For example, don't fill a game city with billboards for a single brand, or don't put current ads in futuristic games." 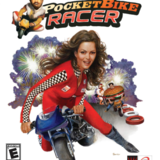