SAN FRANCISCO--The centerpiece of Sony's pre-Game Developers Conference press event last night was its PlayStation Home service, which marries Xbox Live-esque matchmaking with Second Life-like 3D avatars. However, for many in the audience, the highlight was the unveiling of LittleBigPlanet, a new PlayStation 3-exclusive title from independent shop Media Molecule.

Media Molecule was founded last year by several former members of Lionhead Studios (Fable 2) who gained notoriety for their indie PC cult hit Rag Doll Kung Fu. Two of the shop's leading lights, Mark Healey and Alex Evans, were on hand to demo the game, which looked like Viva Piñata's side-scrolling cousin, with a dash of Wallace and Gromit.

Saying LittleBigPlanet is "all about creativity," Healey and Evans took Sony Worldwide Studios president Harrison and a colleague through a level they made "earlier in the day" using in-game creation tools. Featuring textures based on real-life materials (fabric, wood) and an adorable protagonist dubbed "Sack Boy," the game lets players redecorate their levels on the fly with graffiti and objects.

Also, in line with Harrison's Game 3.0 message, LittleBigPlanet users will be able to upload the custom levels they create to the PlayStation Store. There, other visitors can download, play, and rate these levels, the top 10 of which will be listed on a daily leaderboard.

According to Harrison, a LittleBigPlanet demo will be released on the PlayStation Network later this year, with the full version coming early 2008. For more on the game, check out GameSpot's first look from . 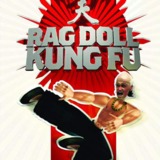