Cofounder and president of Crysis studio discusses why style trumps looks, what tomorrow's games will look like, and why the next visual leap won't happen until 2012.

When it comes to graphical finesse, few games in recent times have matched the looks of developer Crytek's Crysis and the just-released Crysis Warhead. The German company has been at the bleeding edge of graphics with its Cry Engine, although the assumption that all Crytek games need uber-ninja PCs to run properly is something the company's been trying to shake. GameSpot AU caught up with Crytek president and cofounder Cevat Yerli at last week's Games Conference Asia 2008, with Yerli outlining his views on what the future will hold for game graphics. Yerli said that the next leap in graphics would come with the next generation of games consoles sometime after 2012, and that gamers shouldn't expect titles to look much better than they do now in the next few years to come.

GameSpot AU: You say a US$600 PC can run Crysis Warhead. So you think it's a misconception that your company only makes games for high-end machines?

Cevat Yerli: There's a misconception about that for sure. Our intent was that Crysis actually scaled for the future. That inherently means when you play Crysis today, and try to maximise it out, then your game will run slow on PCs (unless you have a really high-end PC today). But even then you didn't need to spend that much--about US$1200 on a PC to play Crysis at very high settings on a system you optimised yourself.

The misconception was a backlash on us and our intent, which was benevolent in itself, which was to serve the gamer a game that can provide you now with a good experience and in one year or two years later, you can still play Crysis and it gets better. When I play a game, and then I play it a year later, the game gets old on me. The core gameplay is of course timeless, but the visuals get old. I wanted to make sure that [Crysis'] core gameplay and the visuals grow with you. So the intent was benevolent, but there was a backlash because people tried to max it out. In retrospect, I think it would have been better to not have very high settings available for Crysis, and have an expansion pack or patch to unlock very high settings later on down the track. That would have not made people scream that they could not max out.

It was difficult for us because people were saying you should make games for now and not the future. I disagree--I'm a gamer, and I will always prefer a game that grows with me.

GS AU: When will the next major upgrade in visuals happen?

CY: The next graphics breakthrough will come in 2011/12, especially because it will be linked to next-generation consoles. I think the PlayStation 4, or the Xbox 720, and the PC generation that equals that will see a renaissance kicking in that will allow us to effectively deliver visuals that will rival offline CGI productions right now. With that, you'll see a variety of visual styles and identities, as well as techniques used to make more creative images than we have seen today.

GS AU: So does that mean the games of today will be visually as good looking as we can expect to see for the next few years?

CY: For the next two to three years, for sure, yes. There will be some refinements here and there: We [are limited] by the PS3 and 360 hardware, but maybe on the PC we can scale some more. This will bridge the gap to some degree between current and next-gen on the PC without any new code. The possibilities we have are limited right now by the console generations.

GS AU: So what happens in the next three years? Where's the focus?

CY: You have to differentiate in physics, special effects and AI. And especially art style as a visual identity. If you want create an identity, you have to think what are my opportunities and the given constraints? How do I differentiate myself most? It might be sound. It might be physics. With physics and AI, there's still technical innovation possible. You can innovate with AI a lot, because it really doesn't cost that much CPU. Physics are the same--you can do a lot of physical improvements for any arbitrary game genre to actually make the immersion factor better. It's about being more believable in the future rather than being realistic. If you are believable, then people will enjoy your game more.

GS AU: So in the fight between style and realism, style should win out?

CY: Yes. Branding style is the first and foremost thing you should think about from a creative point of view.

GS AU: You've mentioned that the next-gen for Crytek starts in 2009? What does that mean?

CY: What that means is none of it will be visible in a commercial game. We may disclose it at conferences and start licensing beforehand and whatnot. What I mean is we won't see games ship until 2012, because for a next-gen game to ship then, we have to start developing in 2009/10. So we have to start the next-gen now. We are laying the groundwork by researching the fundamentals right now. So we'll start in 2009, probably start disclosing it at conferences in 2010, and 2012 will probably be when the first title ships.

CY: In realism, you may see another jump, but it won't be much more. You'll see much more reflections happening--that's an area that's underdeveloped in games. Reflections allow us to portray chrome, mirror, and glass in a more believable way. In an urban environment, reflections are the key ingredient in that shading, so you need a solution for that. You'll also see improvements in lighting. By 2012 you'll also have unique geometries and textures, and real-time reflections happening that will impact a lot of how you play a game. In style, it might be that games become the same quality as Pixar or DreamWorks productions--that means super-rich colours, high-end animations which stretch to accentuate motion, over-stylised shapes. We'll see much more diverse visual development than we're seeing in today. So by then, maybe five out of 10 games will be looking really different, whereas today eight out of 10 look very similar.

GS AU: Cevat Yerli, thanks for your time. 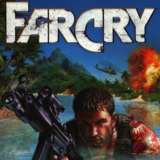