Sega and The Creative Assembly show off land combat in their upcoming historical real-time strategy game for the first time.

Earlier today, during a visit to Sega's booth at the 2008 Games Convention in Leipzig, we had an opportunity to check out the latest work-in-progress version of Empire: Total War. Currently in development at The Creative Assembly, the ambitious real-time strategy game set in the 18th Century is the first in the series to feature naval combat, which we got to see at the E3 Media and Business Summit a couple of months ago. We didn't get to check out any combat on terra firma, though, until today.

For the purposes of today's demo, a member of the development team was commanding a Prussian army and attempting to capture a small European town from the British--just two of the 12 playable nations that will appear in the game, alongside a further 38 or so that you can wage war against. Besides the aforementioned naval warfare, the most obvious difference between Empire: Total War and its predecessors is that the upcoming game is set in a time period with access to gunpowder. Riflemen and cannon units are quite different from anything that you've had to work with in a Total War game before, and it wasn't long before we got to see them in action.

Having spotted the Prussian army's approach, the AI-controlled British had come out into the fields surrounding the town to face off against them. The developers stressed to us that none of the British Army's actions were scripted and that the AI in Empire: Total War is extremely sophisticated where military tactics are concerned. What the AI didn't know was that the Prussians had anticipated this move, and set a trap for them in the form of a minefield. That made short work of the British cavalry charge, and as the British riflemen took up defensive cover positions behind a wall, the Prussians mirrored that move on the other side of the field between the two forces. The controls required to do this will be simple--no more complicated than moving a unit between two points, in fact.

Impressively, every projectile in Empire: Total War is a 3D object with realistic physics, so there's no trickery involved when it comes to opposing riflemen needing line of sight to hit one another. Individual musket balls aren't always easy to see in the thick of a battle, and if you zoom in close enough to seem them, they won't be the only thing that impresses you. Given how many units (hundreds, maybe even thousands) are under your command, the level of detail on every individual is pretty mind-blowing. They wear different uniforms, they have different faces, and the cavalry ride different breeds of horses. The animations add even more variety to the crowd, which is especially evident when two armies collide and resort to hand-to-hand combat. That's what happened when, sick of the stalemate, the Prussians equipped their bayonets and charged across the field.

It wasn't long before the AI decided to move back toward the town in the face of the Prussian's offense. Actually it moved into the town and to the far side of it, but not before it had opted to garrison some riflemen in a nearby farmhouse that the Prussians would have to pass if they gave chase. That gave the British an opportunity to put their artillery to good use, and once the cannons had been pulled into position by horses (protected by infantry en route), they made short work of the totally destructible farmhouse. Incidentally, cannon balls (and just about everything else in the game) will be affected by weather conditions, so you'll have to keep that in mind. For example, when the ground is hard cannon balls will bounce and roll, and our cavalry will be able to zip around the battlefield at a good speed. If it rains, though, the ground will get muddy and cannon balls will sink into it as the cavalry rides by at a more sedate pace. Rain can also cause your gunpowder to get wet, and if it gets too cold there's even a danger that weapons can freeze.

With the garrisoned British riflemen out of the way, the Prussians were free to advance on the city. It would've been relatively easy for the Prussians to level the place using artillery at this point, but evidently the city was worth more to them intact. Not only do damaged cities cost a lot to repair, but if you cause too much damage to a town that you then go on to capture its inhabitants aren't likely to respond well.

Inside the town, the two armies again appeared to have reached a stalemate, until the British AI decided to attack the Prussians from one street and then, as the fight got underway, send more infantry in from both sides. It was a clever and well-timed move for sure, and the Prussians might have lost the day if they hadn't had reinforcements ready. Their arrival took the British by surprise, and moments later they retreated out of the town. Interestingly, this doesn't necessarily mean that the AI had decided it was impossible to win. Rather, it might simply have decided that, in the context of a large and ongoing campaign, this small town simply wasn't worth the effort or the losses that would inevitably have been incurred.

With AI this sophisticated, around 325 different types, and all manner of different locales and weather conditions to consider, you could certainly be forgiven for thinking that Empire: Total War is a daunting prospect. The Creative Assembly is determined to make the game accessible for newcomers to the series, though, and so will be including a relatively forgiving campaign titled Road to Independence designed specifically for would-be generals looking for a way in. The main campaign will purportedly be the biggest to ever appear in a Total War game, so while what we saw today was certainly impressive, it's really just a tiny fraction of what's going to be on offer when Empire: Total War is released early next year. We'll bring you more information on this one as soon as it becomes available. 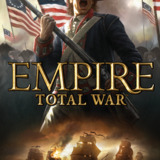