Garena has announced "Rampage: United" a new update coming to Garena's Free Fire Rampage on June 25. The update introduces a new game, rewards, activities, and more content. This is in preparation for the final in-game story showdown between The Director and the Horizon.

In the week leading up to the update, players have unlocked new powers by completing a series of tasks, including:

This was part of an in-game event that took players through the Rampage: United storyline.

Garena has also added a new mode, "Rampage United," that went live on June 25. In this mode, players work as a team to capture the manuscript and gain points across the different zones on the map.

Free Fire will also be giving away free Rampage: United-themed gear such as:

Players can also earn a Mars Warclasher Bundle that'll be available until July 8. Garena Free Fire: Rampage is a free-to-play mobile on the Apple iOS App and Google Play store. 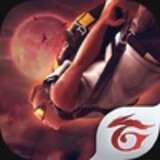