The death of a Facebook game raises questions about what's left once the servers shut down and why the industry doesn't care more about chronicling its past.

At the end of the month, Electronic Arts is shutting down its Facebook game Baking Life. When the plug is pulled, players will lose all of their in-game items and unspent virtual currency for the title. Baking Life will essentially cease to exist.

While this specific game going under doesn't affect me or anyone that I know, it points to a significant problem that the gaming industry will have to deal with in the future. Like many creative fields, game development is an iterative process. Designers look at the games that came before for examples of what works and what doesn't. They incorporate those learnings into their own projects, and as a result, the medium evolves over time. So whatever lessons there are to learn from Baking Life's design choices and implementation that can't be inferred from screens like the one below could be lost forever. 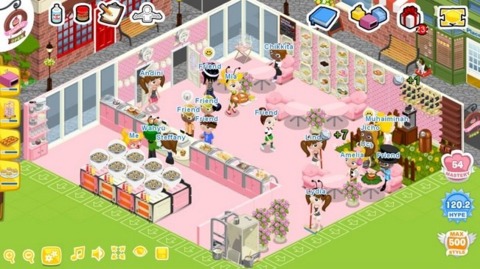 Games like Baking Life have no leftovers once the plug gets pulled.

That raises the question of how to preserve these games for the future, but I'm beginning to think you can't. Sure, it's possible to save the art and music--to preserve the game rules and logic so that people could conceivably simulate the game's normal operations. But these games are so driven by their players and the mercurial miasma of their cultural context that capturing the heart of what made them compelling and successful (or not) would be like catching lightning in a bottle.

Now imagine that free-to-play social games are not simply a passing fad but the next dominant business model for the gaming industry. We might not be losing much with the permadeath of Baking Life, but what about years down the road when Age of Empires Online goes offline? When the League of Legends disbands for good? When it's the end of Civilization World as we know it? These games surely won't be forgotten about, but they will be preserved through noninteractive means that can't really capture the entirety of what each had to offer.

"Why are we relying on the history of a digital medium to be preserved though the oral tradition?"

What gets me is that free-to-play titles are just the latest group of games to face this problem, following in the footsteps of massively multiplayer online role-playing games and MUDs. And it's not like the history of traditional games has already been diligently documented for future generations, either. There simply aren't enough resources dedicated to the preservation of games. There are passionate people working on the problem, putting together Kickstarter-funded operations like The Videogame History Museum and the Museum of Art & Digital Entertainment, but they're in dire need of funding. (The former has no permanent facility; the latter's physical location can be charitably described as "no frills.")

As for more established operations, the International Center for the History of Electronic Games boasts an impressive collection of hardware, games, and periodicals, and operates out of The Strong Museum in Rochester, NY. The University of Texas Videogame Archive collects and preserves notes, concept art, and other documents from design luminaries like Warren Spector and Richard Garriott, but right now, it appears unfortunately limited to contributions from developers with roots in the Austin development community. 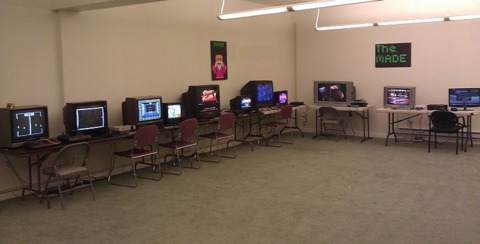 In the balance between style and substance, The Museum of Art & Digital Entertainment is about 101% substance.

Why are we relying on the history of a digital medium to be preserved though the oral tradition? Why isn't the Entertainment Software Association funding a massive unified preservation effort? Why aren't Nintendo, Sega, Atari, Activision, and Electronic Arts turning their decades-old developer documents over to preservation efforts like the UTVGA? We have a shamefully incomplete historical record of one of the most culturally significant forms of entertainment of our lives, and the established players in the industry don't appear interested in preserving it unless it involves digitally distributed HD rereleases they can sell for $10 a pop. All of these companies would benefit from seeing games become a truly universal form of entertainment, but why should the world at large care about games if the people most involved in making them don't even consider the medium's genesis worth holding on to for posterity?