GameStop is hosting its second Tax Day sale this week with deals on a variety of Nintendo Switch exclusives and much more.

GameStop's second week of its Tax Day sale is live now with deals on 2020 hits for PS5/PS4, Xbox Series X/Xbox One, and Nintendo Switch games. Round two of the sale is quite similar to last week's offerings, but the Switch deals are new. If you haven't picked up some of last year's big games, there are some great options.

The big change in the second week of the Tax Day sale comes on Nintendo Switch games. While last week's highlighted Switch deal was The Legend of Zelda: Breath of the Wild for $50 (not really a deal), this week's offerings are pretty good. You can get four popular Nintendo Switch exclusives for $39 each: Luigi's Mansion 3, Super Mario Maker 2, Super Mario Party, and Mario Tennis Aces. Keep in mind that you can get these games for the same prices at other retailers right now thanks to Mario Day festivities. Walmart in particular has even more Switch game deals, so make sure to check out our Mario Day deals roundup.

There are also some solid multi-platform deals. Four recent Ubisoft titles are discounted to excellent prices. Watch Dogs: Legion leads the way at $25, which is the lowest price we can recall. You can also snag Immortals Fenyx Rising for $30, Assassin's Creed Valhalla for $35, and Just Dance 2021 for $28.

Devil May Cry 5's Special edition for PS5 and Xbox Series X is on sale for $30, which is its lowest price yet. Other notable game deals include Cyberpunk 2077 for $40, Red Dead Redemption 2 for $30, and Gears Tactics for $30. Check out all of the best game deals during GameStop's Tax Day sale below. 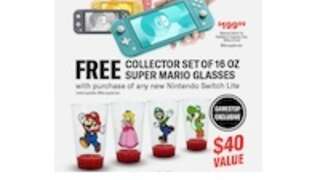 GameStop has also brought back one of its Black Friday promotions on the Nintendo Switch. If you purchase a Nintendo Switch Lite at retail price ($200), you'll get a set of four Super Mario glasses valued at $40.

Funko Pop collectors can get any regularly priced $12 Funko Pop for $10 this week at GameStop. We'd recommend comparing prices against Walmart and Amazon, as both of those retailers are known for selling Pop vinyls for under $10 already. 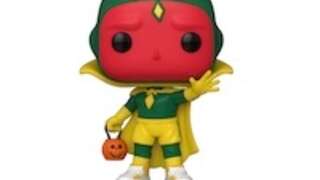