Q&A: We talk with a GameStop exec about the new "GameTrust" program and what it means for the company and industry overall.

The announcement earlier this year that Ratchet & Clank developer Insomniac Games would be working with retailer GameStop on its latest game may have caught some by surprise. A retailer-development arrangement is not very common. But it turns out GameStop has bold plans in the publishing space.

The company today announced a publishing label called "GameTrust." It's not just Insomniac that has signed up, either, as other independent developers including The Order: 1886 developer Ready at Dawn, Tequila Works (Deadlight, Rime), and Frozenbyte (Trine series) are among the initial partners.

GameTrust is not to be thought of as a traditional publisher, GameStop VP of Internal Development & Diversification Mark Stanley told GameSpot in a recent interview. He explained that GameStop will not have any form of creative control over the games and studios it works with.

"We do not involve ourselves in the creative process because at the end of the day, that is what our developer partners are passionate about," he explained. "By allowing developers to fully focus on their craft, GameTrust can focus on all other aspects of bringing a new IP to market, leveraging our deep expertise and retail channel leadership to support each developer and connect their games with a broader global audience.”

GameStop has bold ambitions for GameTrust, saying in a release today that the program will "revolutionize the game development and distribution process" by way of giving developers another option to help bring their games to market, leveraging GameStop's leadership in the retail channel (including marketing and more) to help bring games to a larger audience.

Overall, Stanley describes GameStop's relationship as "light-touch." He also tells us that publishing arrangements, including GameStop's total investment and marketing spend, will vary by project

"We do not involve ourselves in the creative process because at the end of the day, that is what our developer partners are passionate about" -- Stanley

The plan is for GameTrust to support games for an array of platforms, including digital, physical, console, PC, and virtual reality. You can also expect the size and scope of these projects to vary substantially. GameTrust plans to support basically everything--"from casual to serious, console to PC, triple AAA titles to independent games."

These games will be available through all of GameStop's retail channels, as well as a variety of popular digital storefronts including Steam, Xbox Live, PlayStation Network, the eShop, and others. This is to say, GameStop won't be the exclusive seller of GameTrust titles.

The formation of GameStop's GameTrust program comes at a time when digital is becoming a bigger and bigger part of the equation for GameStop and others in the retail business. Just recently, the company announced that it expects physical sales to continue to slide. By 2019, it's estimated that 50 percent of GameStop’s revenue will come from non-physical sources.

GameTrust would conceivably further extend GameStop's reach and awareness in the digital space--something the retailer is no doubt likely to see happen as the world goes digital.

A list of studios signed up for the GameTrust program, and the games they are working on, can be found below. In addition, our full interview with Stanley is at the bottom of this page. It touches on the genesis of the program, GameStop's goals for it, future partners, and more.

Many were surprised when it was announced that Insomniac was working with GameStop on its new game. What was the impetus for the formation of GameTrust?

The idea of GameTrust has been cooking for quite some time. We are always thinking about how we can diversify and strengthen our business in areas where we have deep competency, where we can further excite and engage even more gamers, and where we can deliver greater shareholder value.

In-depth developer discussions began well over a year ago. More and more discussions with game developers shed light on some of the challenges that they face with publishing small-to-medium, AAA-quality independent games. We saw this as a great opportunity to leverage our video game, retail, and digital expertise to help launch games that might otherwise struggle to find the global audience they truly deserve.

What are you hoping to achieve overall with GameTrust? And how are you measuring success?

As we've said many times before, we will continue to pursue new and exciting business opportunities that will grow our global video game business. That said, we believe the independent games category is growing dramatically, and represents a great opportunity for GameStop to provide gamers exclusive and exciting new content.

"We believe the independent games category is growing dramatically" -- Stanley

In what ways will GameTrust "revolutionize the game development and distribution process" as you say it will?

GameTrust will revolutionize the game development and distribution process by offering a new way for independent developers to create and introduce their own IP to a broad gaming audience. We will provide a new platform for gamers to discover and enjoy exclusive new video game experiences--from console to PC to VR games.

What does it mean that GameStop won't be part of the creative process? And why is that important to you?

GameTrust is not a traditional video game publisher. We do not involve ourselves in the creative process because at the end of the day, that is what our developer partners are passionate about. By allowing developers to fully focus on their craft, GameTrust can focus on all other aspects of bringing a new IP to market, leveraging our deep expertise and retail channel leadership to support each developer and connect their games with a broader global audience.

What kind of response are you seeing from developers so far? Are studios banging on your door to sign up?

The reaction has been very positive and we're in dozens of conversations right now. Many of our publisher and developer partners, industry leaders and analysts are starting to see our vision and how it makes sense for GameStop to be involved with bringing fresh new game content through GameTrust.

What is your criteria for accepting a game into the GameTrust program?

Each of the studios we are working with have a wealth of talent, innovation, and creativity. We've already announced what Insomniac Games is working on--Song of the Deep--which typifies a great example of the type of games we want to support, with unique storylines, innovative play mechanics, and visually stunning graphics that are incredibly fun to play. The criteria is simple: chemistry and vision. If we have good chemistry, and we have a shared vision, then there's a good chance we can partner for long-term success.

At a high level, what are the publishing arrangements like? Do you fully fund projects or only partially? Does it vary by project?

Each partnership is customized and structured in a way that ensures the ultimate success of each specific game and supports the long-term vision of each of our development partners.

What can GameStop offer to developers that a traditional publisher may not be able to?

We believe in great game craftsmanship, and providing independent developers with a trusted platform for the long-term success of their studio and their games. We provide a light-touch partnership where developers have the creative freedom to deliver on their vision.

We recognize the deep challenges and skills that are required to make great games, and we will leverage our vast and multi-dimensional business expertise to not only bring these great games to market, but also to give them the extra support and firepower they need to reach the masses. All GameTrust games will be available to customers through GameStop's multiple retail channels, in addition to many of the leading global digital ecosystems (Steam, Xbox Live, PSN, eShop, others).

Has GameStop formed a new team internally to run GameTrust, or are its members re-assigned from other positions?

GameTrust is an independent vertical within GameStop composed of numerous individuals, some of whom are new to the company.

The lineup of development partners so far is impressive (Insomniac, Ready at Dawn, Tequila Works, Frozenbyte), but what are your plans for the future?

Our plans are to focus on bringing great independent game content to the world. We are exploring opportunities with several other developers; however, we are not in a position to discuss those at this time. We will announce those partnerships once they have been finalized. 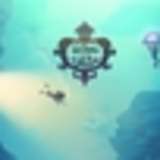