Looking for something to do before (or during) the big game? Check out our feature for a day's worth of championship-worthy gaming.

Finally, Super Bowl XLIII is upon us and the NFL fans' eyes turn to football on the biggest stage of them all. This year's game between the favored Pittsburgh Steelers and the ultimate underdog Arizona Cardinals has plenty of great storylines: Kurt Warner's return to the big game, the possibility of the Steelers taking their second Super Bowl win in four years, the chance that the Cardinals might cap off their unlikely story with a potential championship win, and the tough Steelers' defense going up against the high-flying Cardinals offensive juggernaut. It's an intriguing matchup that's as unlikely as it is fascinating.

But what if you're not that into football or, worse yet, what if the game turns out to be a lopsided blowout? Well, that's where GameSpot's Super Bowl XLIII day-planner comes in. You see, we're of a mind that you don't have to sacrifice the television all day Sunday just to watch six hours of pregame, a (minimum) four-hour game, and a load of overly hyped, mediocre commercials. Instead, why not mix things up with some gaming to keep things interesting? 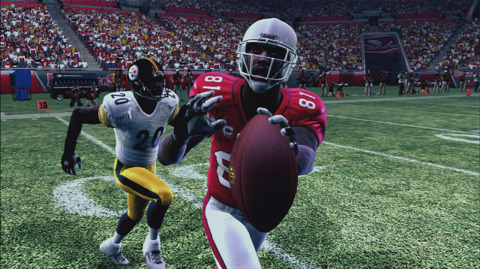 Even for an NFL diehard, Super Bowl Sunday can be overload. Why not mix things up with some games?

So we present to you here our detailed plan on how to get the most gaming out of Super Bowl Sunday. Grab some friends and follow our plan to the letter, and we can absolutely guarantee* the following: 1) Even if Super Bowl XLIII turns out to be a snooze, you will have a good time; 2) Your Super Bowl party will be more fun than your next-door neighbor's; and 3) Your favorite team will win the big game.

All times shown are Pacific.

* Not an actual guarantee.

8 a.m.
Time to wake up, sunshine! It's Super Bowl Sunday! It's time for a full day of football, video games, and salty snacks! Rise and shine, buddy! A day spent sleeping is a day wasted! Up and at 'em!
10 a.m.
OK, dude, seriously. Now it really is time to wake up. Why don't we start the day off with a workout to get the blood pumping? How about some Wii Fit yoga to start things off?
10:05 a.m.
Whew! Stretching hurts! OK, forget the exercise and pop in some Fallout 3, which just got expanded with some new downloadable content. After all, postapocalyptic America doesn't show Super Bowl commercials every nine seconds.
10:30 a.m.

By now, the Super Bowl pregame show is in full swing. If you can stomach it, try turning on the television at random times and see if you can spot the following:

11:00 a.m.
That's enough pregame show; the next two hours are going to be nothing but stirring, inspirational features on both team's offensive linemen anyway. If you're looking to get inspirational and offensive at the same time, you may as well just check into Liberty City by firing up Grand Theft Auto IV and robbing some banks, while struggling with Nico's deep, inner moral dilemma about committing crimes and shooting guys. Then, you can commit some more crimes and shoot some more guys. Plus, if you're playing the PC version of the game, you can use the in-game movie-maker tool to create your own replays, without some guy on a telecaster drawing a bunch of squiggly lines all over it. 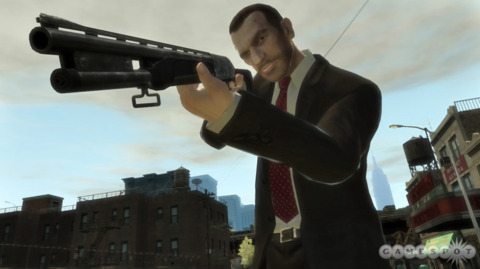 Nico's much more entertaining when he's not belly-aching about moral quandaries. Shut up and pull the trigger, dude!
12:00 p.m.
Hungry yet? Well, it is lunch time. If you're smart, you'll save the snacking for game time. Right now, you can spend some time playing Order Up! for the Wii. Who knows? You might even be inspired to try a new recipe or two.
12:30 p.m.
Spend one final hour with Madden NFL 09 before shelving the game once and for all. For the first 45 minutes, re-create today's big game between the Steelers and Cardinals. That is, until you realize that the Arizona Cardinals in Madden 09 are essentially last year's team and have no shot in the world at beating the virtual Steelers. For the next 15 minutes, ponder the strange irony of sports simulation games.
1:30 p.m.
Welcome to the day's first LEFT 4 DEAD MOMENT. Pop in Valve's zombie-blasting masterpiece and then answer this question: In your estimation, who will scream in fury first, the Cardinals' petulant crybaby receiver Anquan Boldin or the Witch?
1:35 p.m.
Which is more visually confusing: NBC's claustrophobic studio set, which crams Bob Costas and roughly 20 other analysts onto one desk, or a single level of Interpol: The Trail of Dr. Chaos? 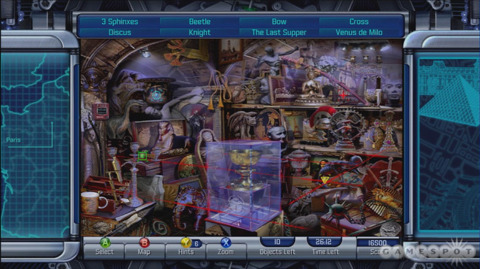 Can you find Peter King?
2:00 p.m.
Take 15 minutes to play a game of NCAA Football 09. Spend the next 15 minutes with your face gently cradled in your palms, while you realize that college football season is seven months away.
2:30 p.m.
During interviews this week, Steelers quarterback Ben Roethlisberger admitted to being extremely nervous during his first Super Bowl appearance in 2006. Unless Big Ben has played Air Traffic Chaos, he has no idea what real stress is. Try landing a few backed-up planes at windy Tokyo International and you'll see what we mean.
3 p.m.
Super Bowl XLIII has begun! Oh, wait. No. After six hours of pregame, we've got to watch 20 minutes of pre-kickoff ceremony. Get to the football, jackballs!
3:20 p.m.
Kickoff! Time to turn off the consoles and pay attention to the biggest, most important sporting event of all time and in the world (Canada, Mexico, South America, Europe, Asia, Africa, and Antarctica excluded)!!!
3:22 p.m.
Kickoffs are boring. Back to the games!
3:26 p.m.
Kurt Warner throws his first touchdown pass to Larry Fitzgerald and his amazingly sticky hands. Celebrate by completing a level or two from the just-as-sticky World of Goo.
3:30 p.m.
L4D MOMENT: Assuming that you've got a second TV running Left 4 Dead, turn down the sound on the Super Bowl and pretend that Bill and Louis are calling the football game while blasting zombies en masse. Alternately, turn down the sound on your L4D set and pretend that Al Michaels and John Madden are doing the play-by-play of your zombie genocide. BOOM!
4:15 p.m.
Every time Kurt Warner is referred to as a "feel-good story," saw three Locusts in half in Gears of War 2.
HALFTIME
Who cares about Bruce Springsteen when you can be the star of your own halftime show? Grab your friends, strap on your axe, load up Rock Band 2 or Guitar Hero World Tour, and get to wailing. And hey Springsteen fans, if you can't face a halftime without the Boss, you can always download and play two of his songs in Guitar Hero World Tour. A little "Born to Run," anyone?
5:30 p.m.
L4D MOMENT: Every time the Steelers' guard Chris Kemoeatu appears onscreen, someone yell "BOOMER!"
5:40 p.m.
Play Blitz: The League II until a gruesome, X-ray-vision, squirm-inducing injury occurs. Silently offer prayer to your favorite deity that it never happens to you.
6:50 p.m.
L4D MOMENT: Which will come first: Your 3,000th zombie killed, or the Steelers' realization that they need to triple-cover Larry Fitzgerald?
7:10 p.m.
Welcome to The Five-Step Matt Leinart Recovery Plan
7:25 p.m.
At this point, Steelers receiver Hines Ward should have darn near decapitated at least two Cardinals defenders with his vicious blocks. See if you can match that feat in Super Street Fighter II Turbo HD Remix. 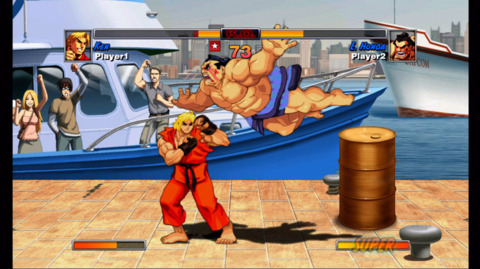 Who hits harder: E. Honda or H. Ward?
8:00 p.m.
By now, the big game is probably over. The sixpacks are emptied. The bowls of snacks are barren. Congratulations. You made it through another big game. Now begins the long road back to a healthy, active lifestyle.

It's time to bust out your Wii Balance Board and take your first steps on the long road to getting back in shape. After all, there's not another drop-everything, do-nothing televised sporting event until...well, March Madness! Here's to a full month of physical activity!

8:01 p.m.
Nah, you know what, let's just forget that whole "physical activity" stuff. Instead, just leave a comment below and let us know about your Super Bowl Sunday plans. All that mouse-and-keyboard stuff should burn a couple of calories anyway, and the gentle glow of our computer monitors should give us a handsome tan.