For the past several years, 3D visuals have become all the rage. One need look no further than last week's Consumer Electronics Show, at which Sony dedicated almost its entire presentation to 3D movies, cameras, and games.

One device not on display at the expo was the 3DS, which will be showcased at a separate event next Wednesday in New York and Amsterdam. The handheld is being touted as Nintendo's first 3D-capable device since the ill-fated Virtual Boy and will go on sale in the US and Europe sometime in March.

That said, Nintendo president Satoru Iwata has revealed that Nintendo almost went the 3D route years before unveiling the 3DS at last year's Electronic Entertainment Expo. (The device was originally announced in March.) In his Iwata Asks column, the executive admitted that his company's last-generation console, the GameCube, was almost made 3D capable.

"The Nintendo GameCube system actually had 3D-compatible circuitry built in. ... It had the potential for such functions," Iwata told an interviewer. "If you fit it with a certain accessory, it could display 3D images. ... Nintendo GameCube was released in 2001, exactly 10 years ago. We'd been thinking about 3D for a long time, even back then."

The GameCube's 3D functionality was to be achieved with a special liquid crystal display that would have been sold separately. However, due to the cost of LCD screens at the time, the peripheral was deemed too expensive and never made it past the prototype phase.

"We couldn't have done it without selling it for a price far above that of the Nintendo GameCube system, itself!" remarked Iwata. "We already had a game for it, though--Luigi's Mansion, simultaneously released with Nintendo GameCube. ... We had a functional version of that in 3D." 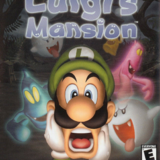