Hot on the heels of the London Games Festival, the organizers of the Nottingham-based GameCity have outlined the program for their own UK-based event. The five-day expo will take place October 25 to 29 and will feature a large lineup of mainly consumer-focused events at various venues throughout the city.

The schedule includes the European film premiere of the documentary High Score. The film tells the story of diehard arcade enthusiast Bill Carlton as he takes on a series of tough gaming challenges, including playing Missile Command for more than two days straight to beat the all-time high score.

There will also be a talk titled "Travel World, Play Games, Get Paid" by Philip Wride. The speaker has been running the 4Kings professional gaming clan for the last six years and is now also acting as a consultant for others wishing to play games professionally as a career.

Get Into Games will also feature a recruitment fair for students wanting to pursue careers in the world of gaming. The fair will be held between 10 a.m. and 4 p.m. and will contain a panel discussion between 10 a.m. and 12 p.m. on October 28. Panelists Matthew Jeffrey, head of European recruitment at Electronic Arts; Jonathan Smith, development director at TT Games Publishing; and Richard Jacques, musician and composer, will all be present to answer questions.

GameCity will feature a series of music events, including a live performance by award-winning soundtrack composer Richard Jacques titled "Sega: A Retrospective." There will also be specialist workshops for game-music producers and composers, though these have already sold out.

Some of the events will also be of interest to game-industry insiders, including a keynote address by Lorne Lanning, the creator of the Oddworld series. Lanning will talk about such topics as why the artistic spirit is an endangered commodity and the challenges facing inspirational console gaming today.

Other events, including a game-themed pub quiz, an Into the Pixel exhibition of game art, and a chance to win a Tekken 3 arcade cabinet, are all planned. 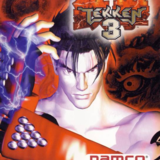