Nintendo lowers the price of its popular handheld.

Nintendo has officially announced a worldwide price reduction for the Game Boy Advance, lowering the price of the handheld to $79.95. The company revealed that the price drop is the result of efficiency in the manufacturing process and a reduction in overall production costs. The Game Boy Advance was responsible for 20 percent of all hardware sales in 2001, selling more than 5 million units. 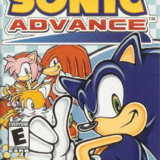