Gabe Newell Steps in to Reinstate Controversial Shooter on Steam

Hatred, the controversial massacre simulator that was pulled from Steam Greenlight late on Monday, has been reinstated a little more than a day later, following an intervention by Valve managing director Gabe Newell.

In an email sent from Newell to the game's Poland-based developer, Destructive Creations, Newell explains that Valve internally reviewed its decision to pull the game from Steam, which he quickly decided was a mistake.

"Hi Jaroslaw. Yesterday I heard that we were taking Hatred down from Greenlight. Since I wasn't up to speed, I asked around internally to find out why we had done that.

"It turns out that it wasn't a good decision, and we'll be putting Hatred back up. My apologies to you and your team."

There is no exact explanation from Newell regarding his decision to overturn the game's exclusion, though he writes that "Steam is about creating tools for content creators and customers"--a suggestion, perhaps, that he does not see Valve as an authority on taste.

Newell ends his note with, "good luck with your game.”

Valve previously confirmed that it had deleted Hatred from Greenlight after it had rapidly accrued thousands of votes.

"Based on what we've seen on Greenlight we would not publish Hatred on Steam,” Valve spokesperson Doug Lombardi said on Tuesday. “As such we'll be taking it down.”

The video depicts stabbings, mall massacres, and shotgun executions. The nameless character, dressed in a leather trench coat, is at one point seen jamming a pistol into a fallen woman's mouth, before pulling the trigger.

Valve's initial decision to not support the game followed a similar distancing from the game's engine creator, Epic Games, after its logo appeared on the game's trailer. At the time, Epic Games said it "isn't involved in this project. Unreal Engine 4 is available to the general public for use 'for any lawful purpose,' and we explicitly don't exert any sort of creative control or censorship over projects. However, the video is using the trademarked Unreal Engine 4 logo without permission from Epic, and we've asked for the removal of our logo from all marketing associated with this product."

Destructive Creations initially responded to Valve's removal of the game by saying it respects the corporation's decision, adding that it was overjoyed with the response from supporters of the project. 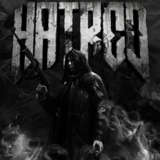 There are 727 comments about this story
Load Comments (727)