Gabe Newell Is a Boss in This New Indie Game

[UPDATE] According to a tweet from developer Powerhoof, Valve is on board with Crawl using a Gabe Newell character as a boss.

@Powerhoof short sweet email from Valve today giving the go ahead for this silly thing :) turns out Valve are cool- who knew?

Newell has yet to respond, at least publicly, nor has Valve responded to GameSpot's request for comment.

Crawl is a multiplayer dungeon crawler where one player assumes the role of the hero while others control traps and monsters. At this point, its multiplayer is limited to local play only, though online support is described as "a possibility." 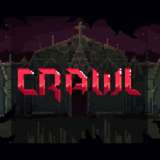