The company reached an agreement with Factorio developer Wube Software.

In July 2019, online games retailer G2A extended an offer to devs to open up its records to an independent auditor, and to reimburse the developers 10 times the value of any game keys that were found to have been illegally sold. So far only one developer, Wube Games, has taken them up on the offer, and G2A has finalized a figure of $39,600 as compensation for stolen Factorio keys.

While G2A initially promised to involve an independent auditor in the process, their most recent blog post on the subject says they found that "none that would meet our agreed requirements." Wube then agreed to G2A carrying out its own internal investigation.

The developers provided G2A with a list of 321 keys it believed had been illegally sold, and G2A concluded that 198 of those had been sold on its platforms. G2A has agreed to pay Wube Software a total of $39,600 for the keys, 10 times their full retail price. The company confirmed to GamesIndustry.biz that they have received the payment in full from G2A.

While G2A called the original offer to developers a limited-time one, they've pledged in their blog post to work with any other developers to reimburse chargebacks from stolen keys, if the developers can prove to G2A that the keys were illegitimate.

Despite the amnesty payment, G2A's blog doesn't take responsibility for allowing these fraudulent transactions to take place on their platform, instead framing it a lesson to a few bad actors. "We wanted to send a clear message to the gaming community that fraud hurts all parties," the post reads. "As we spell out in this blog, fraud directly hurts individuals who buy illegitimate keys, it hurts gaming developers and it ultimately hurts G2A because we are forced--as the transaction facilitator--to cover costs related to the sale. We wanted to amplify that message and capture people’s attention, so pledged to compensate developers ten times the value of any chargeback fees they incurred, despite the fact that we had nothing to with the illegal acquisition of these keys."

However in a separate statement sent to Polygon, G2A took some responsibility for illegal transactions on its site. "We would be the first to admit that, in our formative years as a company, we took too long to recognize that a small number of individuals were abusing our Marketplace," a spokesperson said. "However, the criticism we received was the wake-up call we needed, and over the last years we have been totally committed to tackling any incidents of fraud on our site." 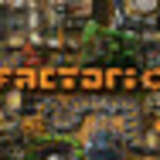