Further details on the Namco and Nintendo deal

Last night, GameSpot reported that Nintendo and Namco signed an agreement that will allow the two companies to codevelop a new Star Fox game for the GameCube and Triforce arcade board. Namco also announced several other GameCube and Game Boy Advance games scheduled for release in the next year. Since then, further details concerning the agreement have been announced.

Among the six announced GameCube games will be the latest installment in the Ridge Racer series. According to Namco, it will be the first in the series to feature real cars. The upcoming installment in the Tales RPG series will be a follow-up to the Phantasia story arc--as opposed to the upcoming PlayStation 2 sequel, which follows the Destiny story arc. The new RPG scheduled for December 2003 release will be a fantasy-based epic developed exclusively for the GameCube. Namco hopes to see it grow as a franchise, much like the Tales and Xenosaga series.

The Game Boy Advance lineup will feature two Klonoa titles: a sequel to last year's action puzzle game and an action RPG set in the Klonoa universe. Two Tales RPGs are also on the list, one of which is Tales of the World: Narikiri Dungeon II, the sequel to the dungeon RPG released on the Game Boy Color. The other will be a port of the Super Famicom classic Tales of Phantasia, which will also have additional scenarios and extra modes when compared with the SNES version.

Nintendo will publish all the games mentioned at the press conference. Namco has fallen on hard financial times of late, and it looks as if the deal will be beneficial to both companies. 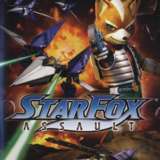