The acclaimed JRPG Shin Megami Tensei 4 has been delayed in Europe by one month, a representative for the game's developer Atlus has announced.

Though the 3DS title first shipped in Japan back in May 2013, localisation work meant the North America release was delayed to July.

Now some fourteen months later, Atlus says the medieval themed RPG will not arrive in Europe until "late October".

John Hardin, a representative for Atlus in the US, wrote on Twitter that the extended delay was due to unforeseen complications.

"We encountered a few last-minute issues specific to the EU version, and we have to fix them," he explained.

"Given the current timelines for production, it looks like SMTIV won’t be out in EU until late October."

Hardin says the team at Atlus feels "awful" for delaying the game further, but hoped that fans could remain patient.

"No one likes delays. Our fans in Europe have been waiting for SMTIV for a very long time, and it pains us to have to move the release date back even further," he wrote.

"I have talked to a few of you on Twitter, I've seen the angry posts on Reddit, NeoGAF, Facebook, etc, and wanted to be as direct as I could. We truly feel awful having to say 'wait a little longer' for a game you've been so zealously patient for, but there is no other recourse. We're doing everything we can to get the game out in Europe as fast as we can, so please bear with us."

GameSpot's Shin Megami Tensei 4 review was largely positive about the title. The review described the game as boasting "a wonderfully twisted world filled with surprises." 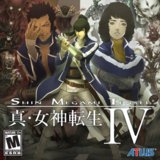