Frostpunk 2 Aims To Be More Than A Traditional Sequel

Developer 11 bit studios aims to create a sequel "that goes vastly beyond that of the original Frostpunk."

Frostpunk, the city-building survival game that tasked players with surviving an apocalyptic ice-age by making a constant string of hard choices, is getting a bigger, more ambitious sequel.

Simply titled Frostpunk 2, developer 11 bit studios' follow-up will once again see players guiding a resource-starved city. Whereas the first game revolved around coal as the primary way of staving off the cold, this time it will be all about finding and harvesting oil to keep the frost at bay.

Jakub Stokalski, Frostpunk 2's co-director, says a bigger development team will allow the sequel to put more focus on all aspects of the game, ranging from its production value, the game's scale, and its UX design.

"Our ambition is to do more than a straight-up sequel," Stokalski says in a press release. "What we aim to deliver to players is an experience that goes vastly beyond that of the original Frostpunk."

That vastly expanded experience, as Stokalski explains, means more choices for players to build and run their city as they see fit. While the first Frostpunk often featured players having to choose between their humanity or survival, the new game will present various choices that focus on human nature in the form of politics and the push and pull over technological progress.

Frostpunk got off to a fast start when it released in 2018 on PC, eventually going on to sell 3 million copies and receiving a console version as well as numerous expansions. For players interested in seeing what the series is all about first-hand, the original Frostpunk is available to play for free via Steam from August 12-16 in addition to being on sale for 70% off. 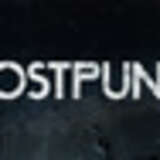