The Hunter: Primal available now through Steam Early Access for $20.

You can get the game, which is billed as a "frighteningly realistic dinosaur hunting experience," today for $20. As with other Early Access titles, Primal is not a finished product, though Expansive Worlds maintains it's at a point where it can be enjoyed.

"We strongly believe that games should be developed together with the community," the developer said. "With all the core gameplay mechanics implemented, the game is now at a state where players can start to enjoy it, and we want the community to work with us to decide in what direction it should evolve."

Primal is associated with Expansive Worlds' free-to-play The Hunter series by name only, as it is a standalone experience. Unlike The Hunter, Primal is available via a one-time purchase.

The game features a Jurassic landscape of 9.3 square miles, Expansive World says, including jungles, camps, and other locations you'd expect to see in a Jurassic Park movie.

At launch today, Primal includes three dinosaurs: the Utahraptor, the Triceratops, and the Tyrannosauras Rex. Throughout the course of the game's Early Access period--and beyond--Expansive Worlds will introduce more dinos, as well as new weapons, features, and tweaks.

Avalanche co-founder Christofer Sundberg labeled Primal a "new direction" for Expansive Worlds, and one that demonstrates the potential of The Hunter brand, which has been in development since 2009. Sundberg also thinks dinosaur games might be making a comeback.

"Move over, undead people--dinosaurs are the new zombies," he said.

Primal features single- and multiplayer modes for up to 16 players. The full version of the game is scheduled for release in March 2015.

Expansive Worlds CEO Pim Holfve added that what's most exciting about Primal, to him, is that the idea came from the community.

"Members of our community have been asking to hunt dinosaurs since 2009, and members of the team were aching to create just that game," he said.

Finally, Expansive World stresses that development on Primal will not affect the main The Hunter game, which is the company's breadwinning project with over 4.5 million players from 190 countries.

For more on Primal, check out the image gallery below. 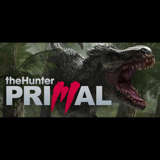