As the week comes to an end, here's a look at some of the best gaming, tech, and entertainment deals for Friday, April 2.

The week is coming to an end, but some of this week's best deals are still going strong, while new discounts are still popping up today. Spring sales are in full swing on the PlayStation Store, Xbox Live, Nintendo eShop, Epic Games Store, and more, so you can find some great game deals on any platform you play on, whether you're looking to buy physically or digitally. Aside from games, there's an excellent deal on NordVPN, getting you two years for $3.71/month, and it's a great option for those needing a VPN to stream region-locked content and more. You can also pick up Bloodborne: The Board Game on sale for 80 bucks today, the cheapest we've seen it yet. For now, keep scrolling for more of today's best gaming, tech, and entertainment deals, and we'll be back to round up more great deals on Monday. 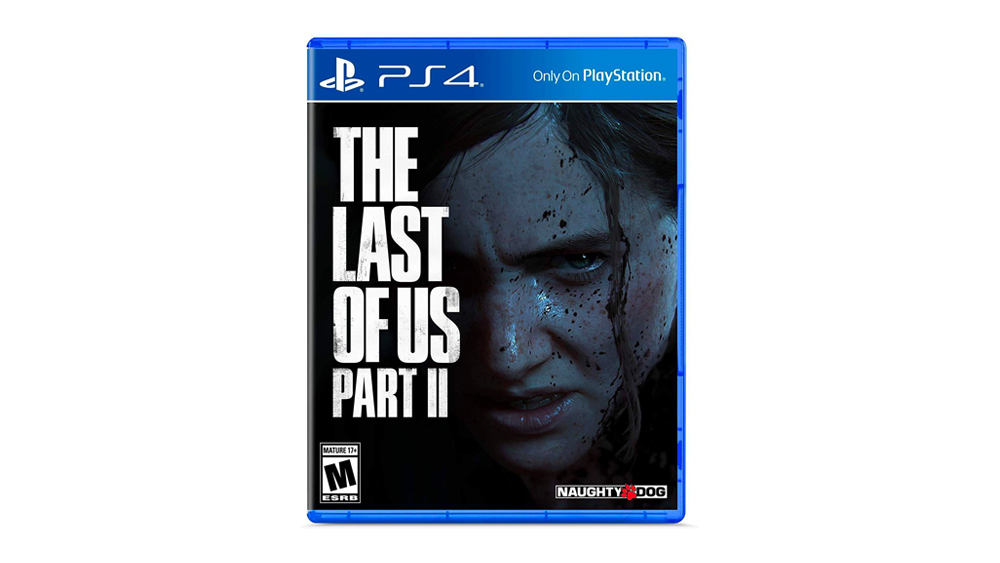 PSN's Spring Sale is dropping the prices on some of the best PlayStation exclusives of recent years, including last year's The Last of Us Part II. You can take advantage of this deal digitally, but if you like to own games physically, the same deal on The Last of Us Part II is available at Amazon right now.

Bloodborne: The Board Game 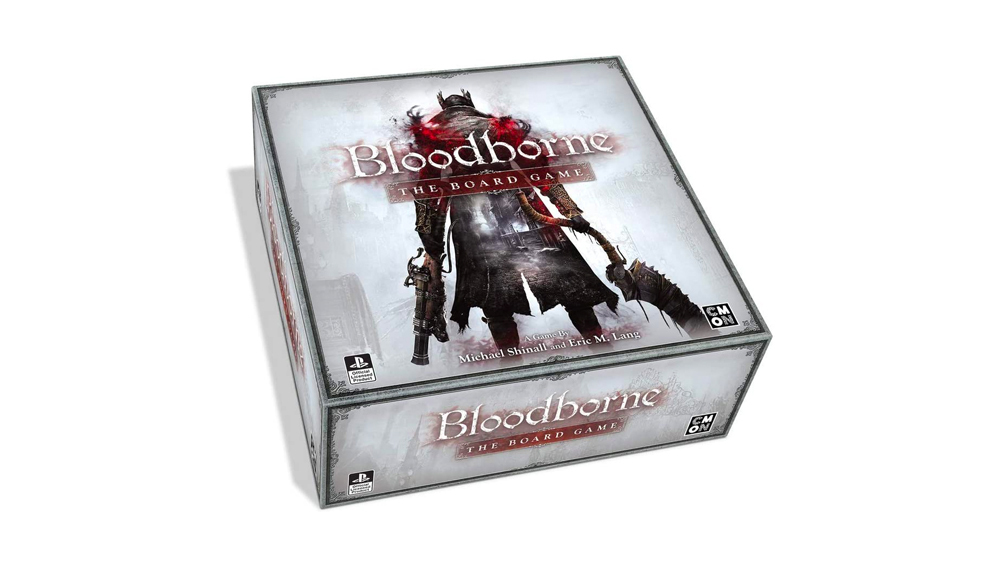 We've been seeing some great deals on the Bloodborne board game recently, and right now it's at its best-ever price on Amazon, dropping to $80 from its list price of $110. This campaign-based action-adventure game features branching quests, innovative card-drive combat mechanics, detailed miniature figures, and more. 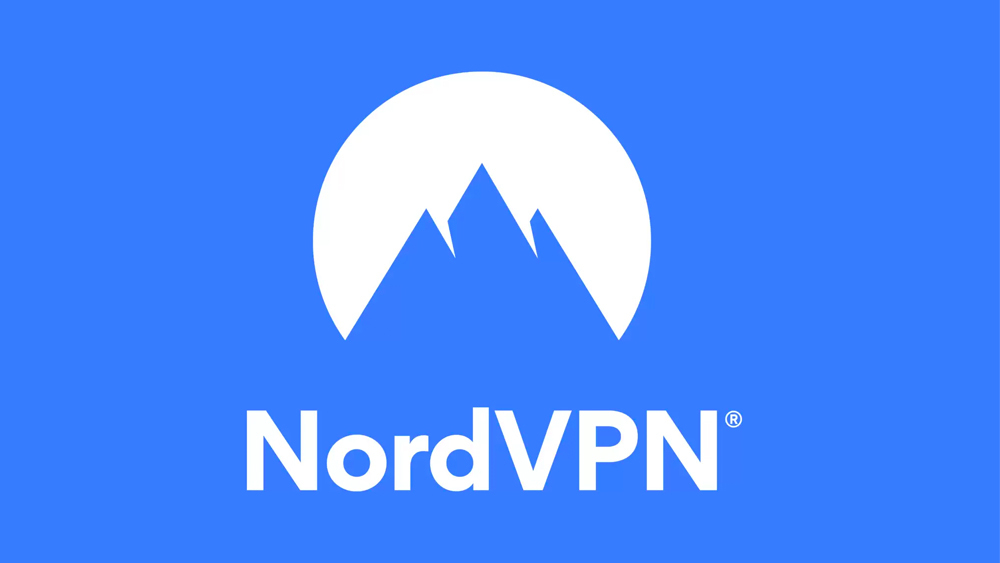 Though NordVPN's birthday sale just ended, it's reviving one of its best deals just in time for Easter. The VPN service is dropping its 2-year plan to $3.71/month ($89 for two years), plus you'll get one or two months free on top of that plan. There's also a 30-day money-back guarantee if you change your mind. A VPN lets you browse the internet privately and securely without being tracked, and while they're often used for security purposes, many people also use them for streaming region-locked content and for online gaming. 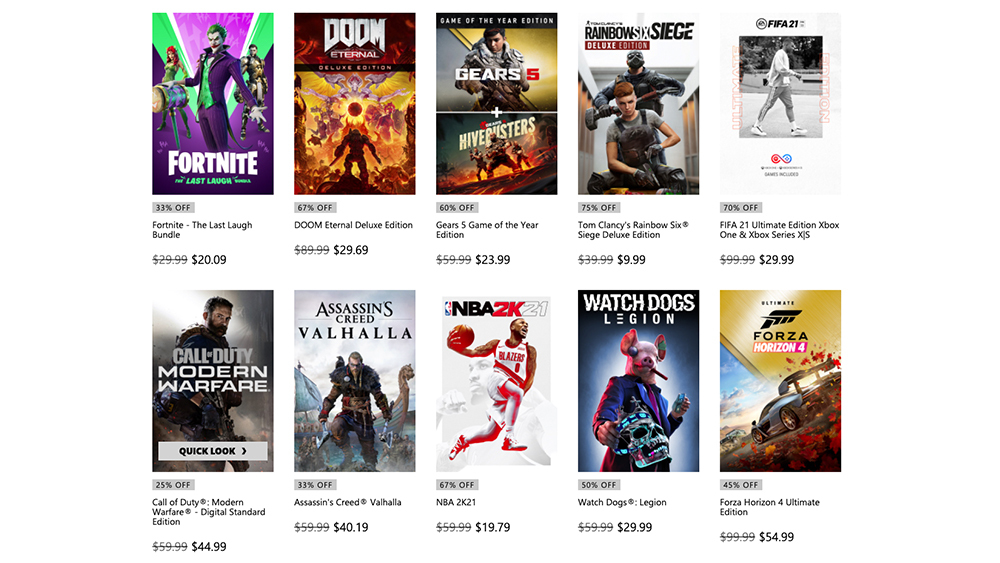 It's the season of spring sales, and another one has sprung up on Xbox Live, which has over 600 games discounted in the annual sale. There's a ton on offer here, so you're sure to add something new to add to your library. Top deals include Rainbow Six Siege: Deluxe Edition for $10, Assassin's Creed Valhalla for $40.19, Call of Duty: Modern Warfare for $45, and Red Dead Redemption II for $27. 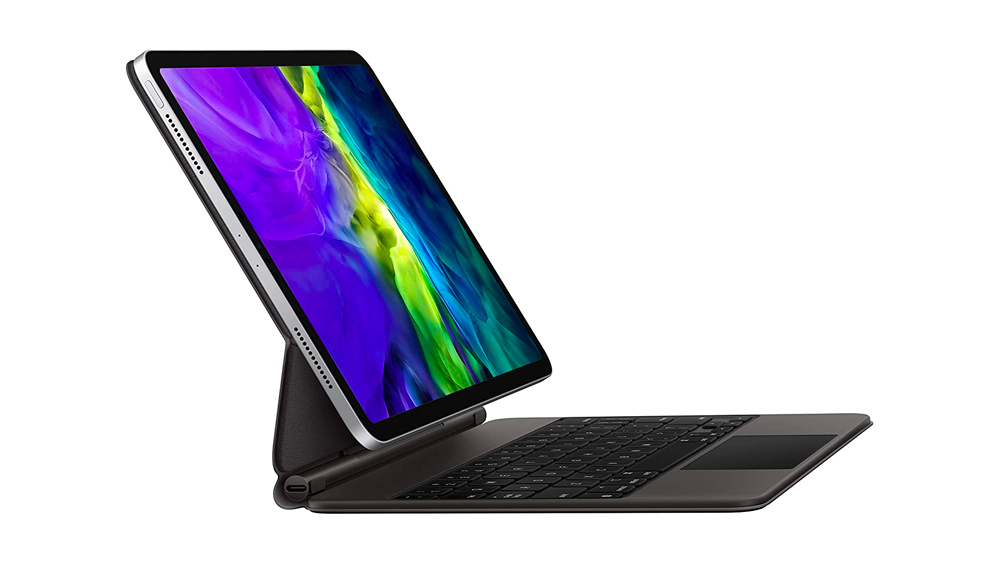 Apple's Magic Keyboard products make a neat accessory for iPad owners, converting your tablet into a handy portable keyboard that's perfect for students or working on the go. The issue is that like all Apple products, they're ridiculously expensive, but today, you can snag the Apple Magic Keyboard for $100 off at Amazon. If you have the iPad Air or iPad Pro (11"), that version is down to $200, while those with the iPad Pro (12.9") can get the Magic Keyboard for $249. 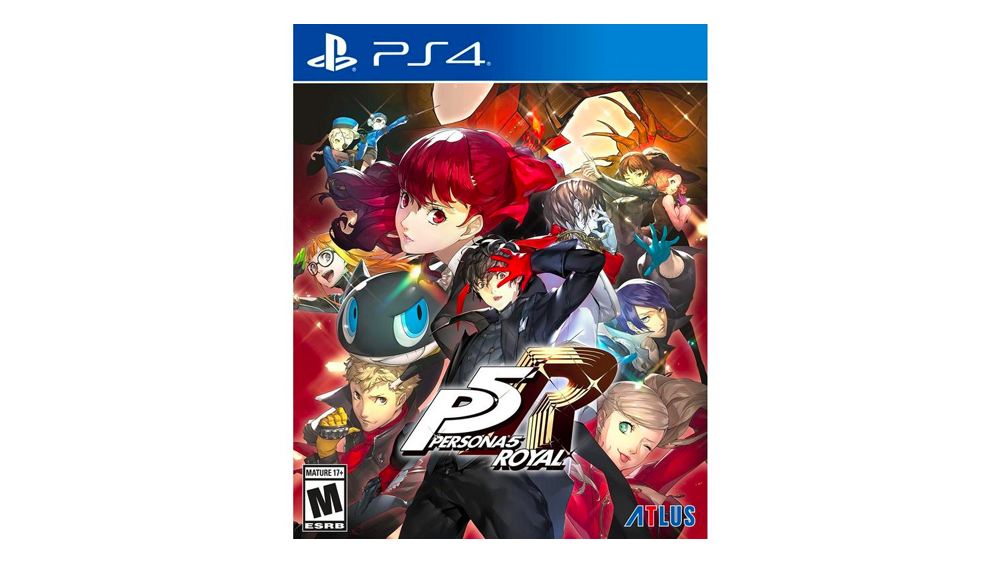 Persona 5 Royal for PS4 is down to $30 in GameStop's Spring Sale, making now an excellent time to pick up one of the best JRPGs of all time. Royal is the definitive edition of Persona 5 and the version to pick up if you've never played the game at all, as it adds new characters and locations, expands the story, features a new grappling hook mechanic, and much more. It also earned a rare 10/10 in our Persona 5 Royal review. 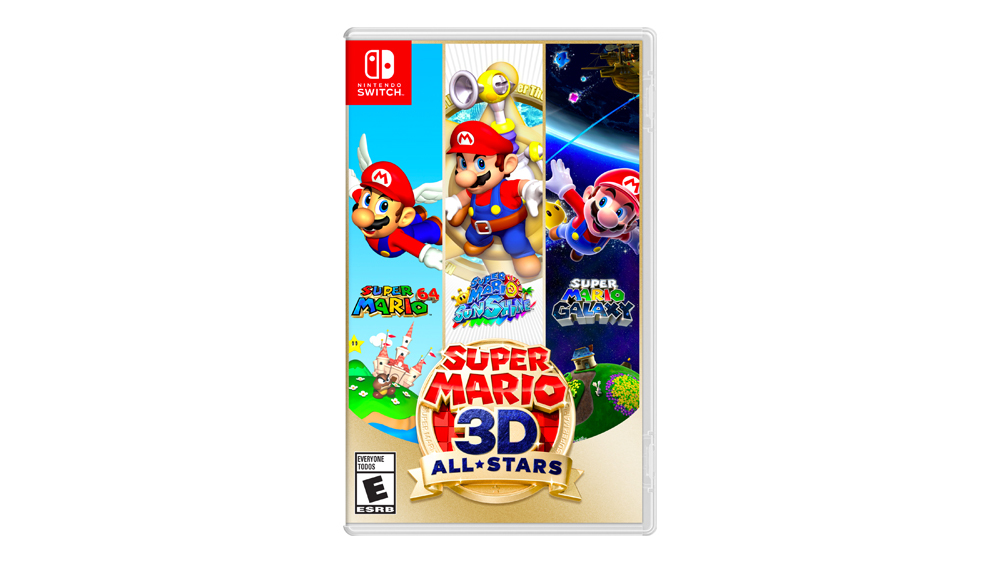 Although March 31 was the last official day to buy Super Mario 3D All-Stars, as expected, the game didn't magically disappear from the internet overnight. Walmart--and several other stores--still have the collection in stock today, and Walmart didn't even bother ending its discount. Of course, physical copies will eventually run out and be hard to find, but you still have a little time to pick up Super Mario 3D All-Stars at a reasonable price. 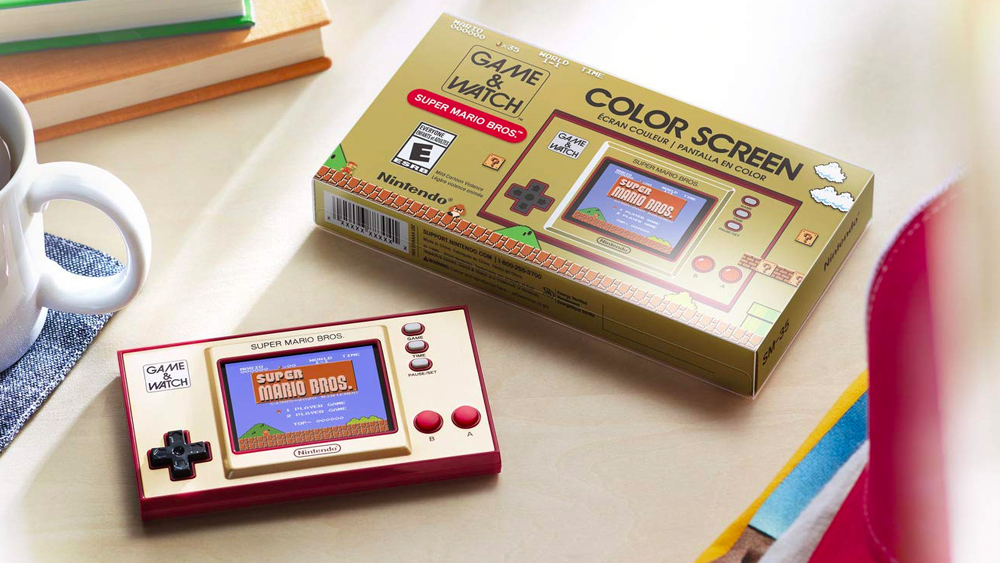 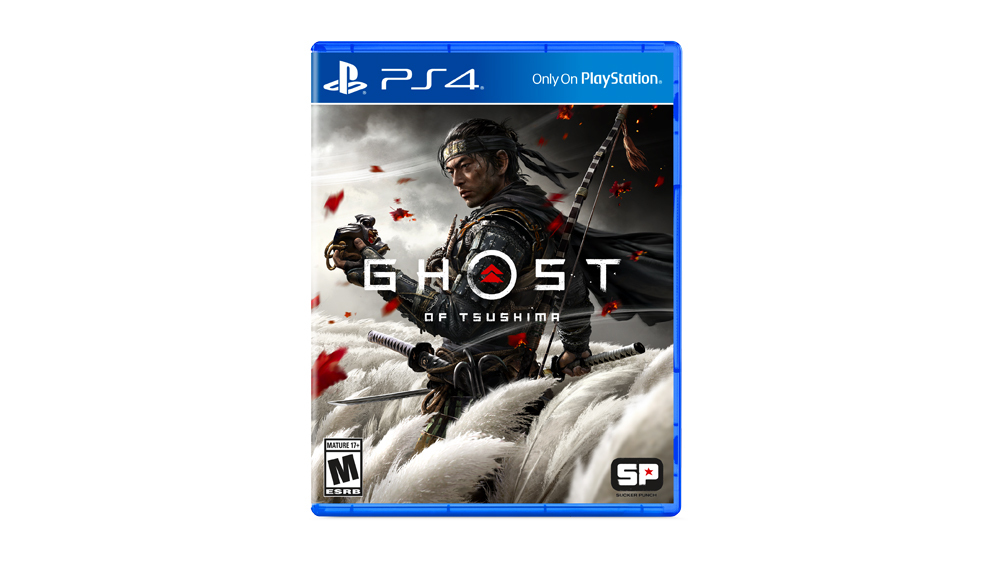 One of last year's best PS4 exclusives is back down to a great price today: You can pick up Ghost of Tsushima for just under $40. The visually stunning PlayStation adventure is set in late 13th-century Japan and follows samurai Jin Sakai, who sets out on a journey to save his homeland from a Mongol invasion. 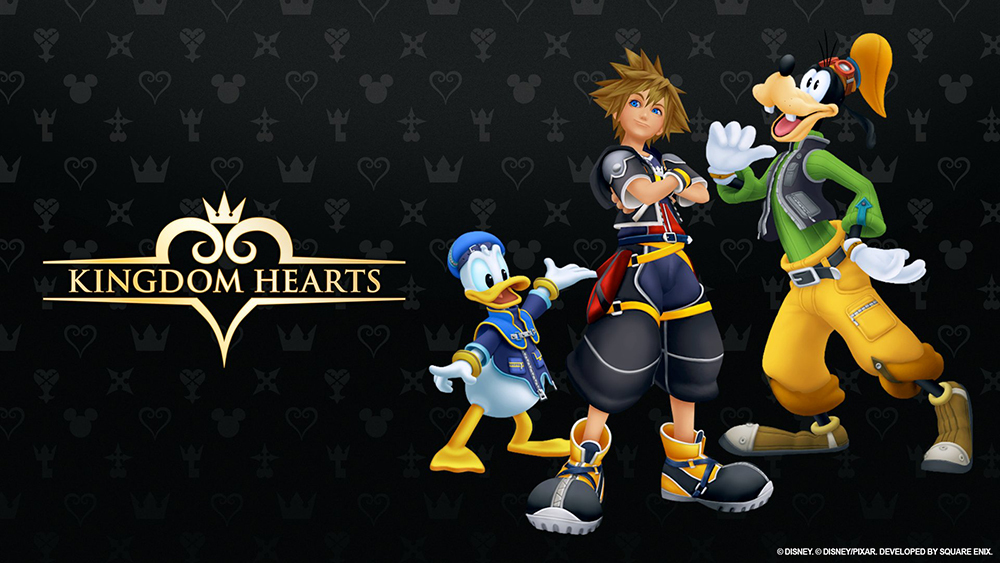 The entire Kingdom Hearts series released on PC this week via the Epic Games Store, and there's a nice deal on Kingdom Hearts III specifically. There's a launch discount that knocks the game down to $48, but you'll also get the Re:Mind DLC and three free months of Disney+ with your purchase. Considering the price of Disney+ is $8/month, that's a $24 savings. The launch discount ends April 6, though you have until May 31 to take advantage of the Disney+ offer. Note that it's only available for new Disney+ subscribers, and you'll be automatically renewed at the end of the three-month period unless you cancel ahead of time. 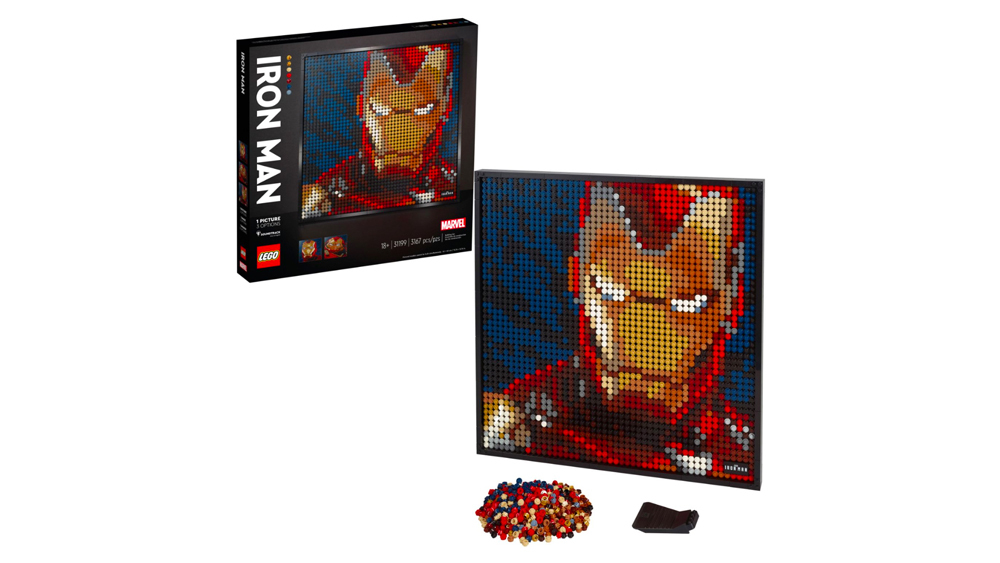 We haven't seen many discounts on Lego's pop culture wall art since it was revealed last year, but right now, you can snag the Iron Man set for a nice discount at Best Buy, which has it for less than $100 today. The 3,167-piece set lets you make Tony Stark in three different Iron Man suits, and the finished product is designed to hang on your wall as a neat piece of decor. 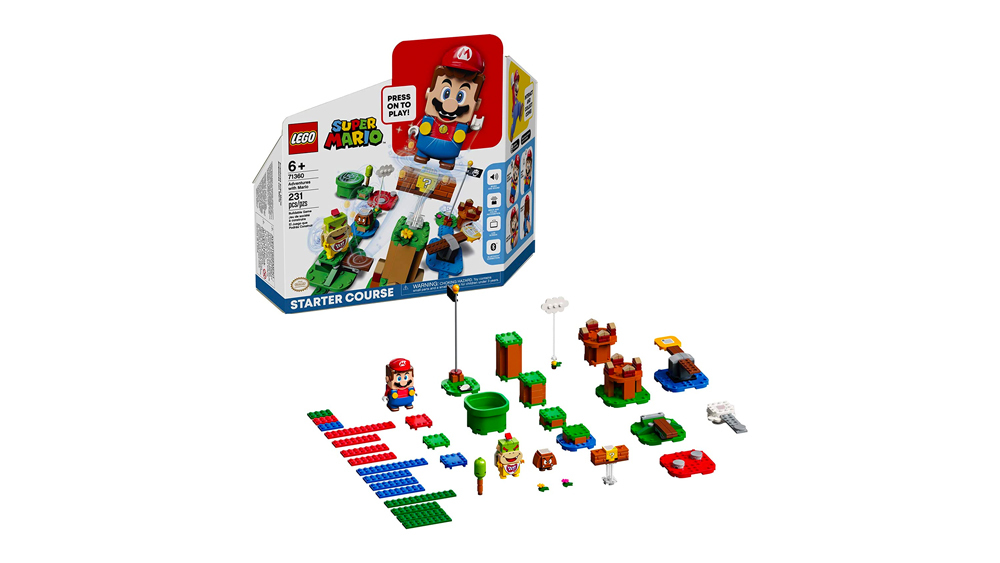 The Lego Super Mario starter course is down to $48 at Amazon today. This is the 231-piece base set that comes with a Mario Maker-style assortment of blocks and items for building your own physical Mario levels. It also includes a Mario figure that makes noise and displays different colors with LCD screens when he interacts with certain Action Blocks in the set. 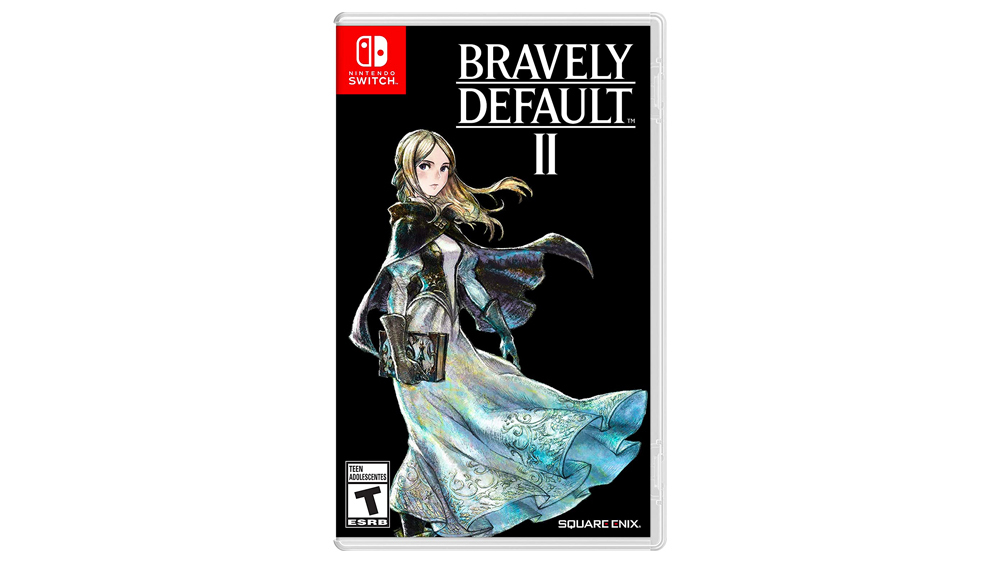 Though only a $10 discount, this deal on Bravely Default II is the first one we've seen since the game's launch. Both Amazon and Best Buy are offering the discount, though if you order at Best Buy, you'll get a free coaster and placemat set with your order (applied automatically at checkout). The game also comes with free shipping and one-day delivery is available, depending on when you order and your location. Released on Nintendo Switch just last month, the JRPG is the third game in the Bravely series and follows four main characters in a new world known as Excillant. 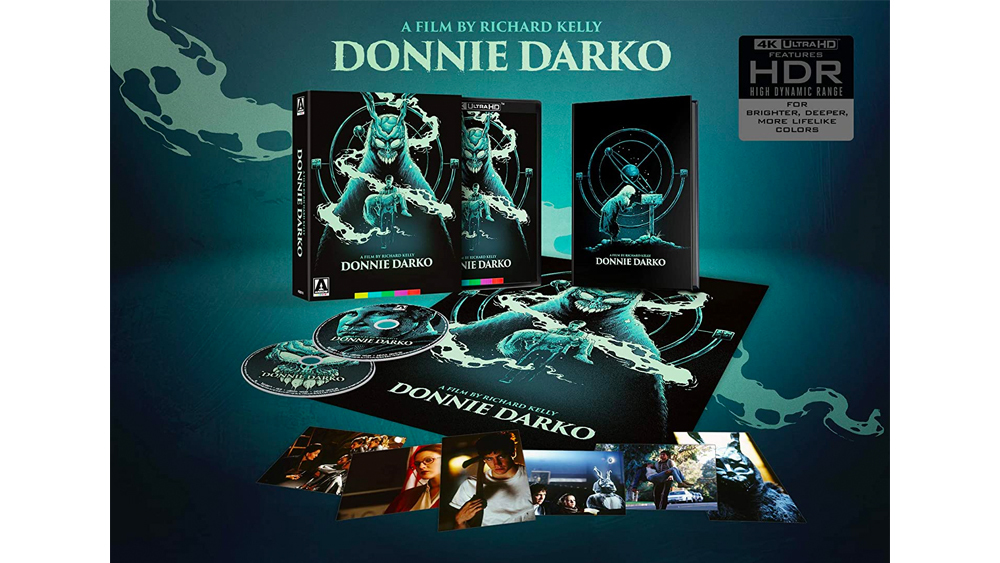 Releasing April 27, this new limited edition of 2001 sci-fi psychological thriller Donnie Darko marks the first 4K Ultra HD release of the film in North America. Though preorders have been available for $60 at Amazon, the box set is nearly 50% off right now, just one month before its release. The Donnie Darko limited edition includes 4K UHD Blu-ray presentations of both the theatrical and director's cut in Dolby Vision (HDR10 compatible), a 100-page hardcover book that includes an in-depth interview with director Richard Kelly and other writing, a double-sided fold-out poster, six collector's postcards, and more. Of course, you'll also get a bunch of special features that come with both the theatrical and director's cuts of the film. 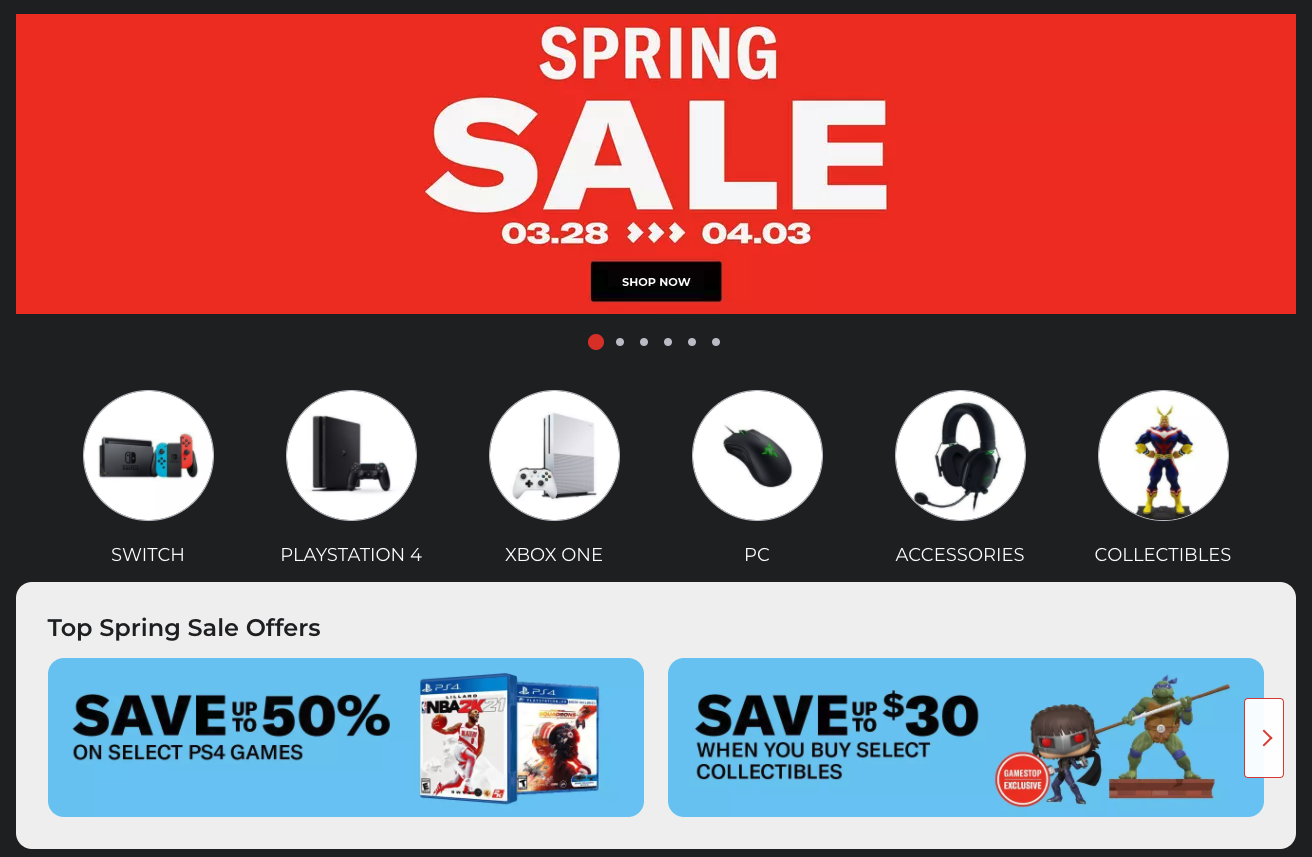 GameStop has kicked off another big sale that runs all week long: The Spring Sale has deals on new and preowned games, accessories, and collectibles. It's not a fantastic sale by any means, but there are a few good deals worth taking advantage of, such as Little Nightmares II for $20, Persona 5 Royal for $30, and Yakuza: Like a Dragon for $40. Picking up new games such as these also gets you up to 50% off a preowned title. You can check out more of our picks for the best GameStop Spring Sale deals or just browse the full sale before it ends this Saturday. 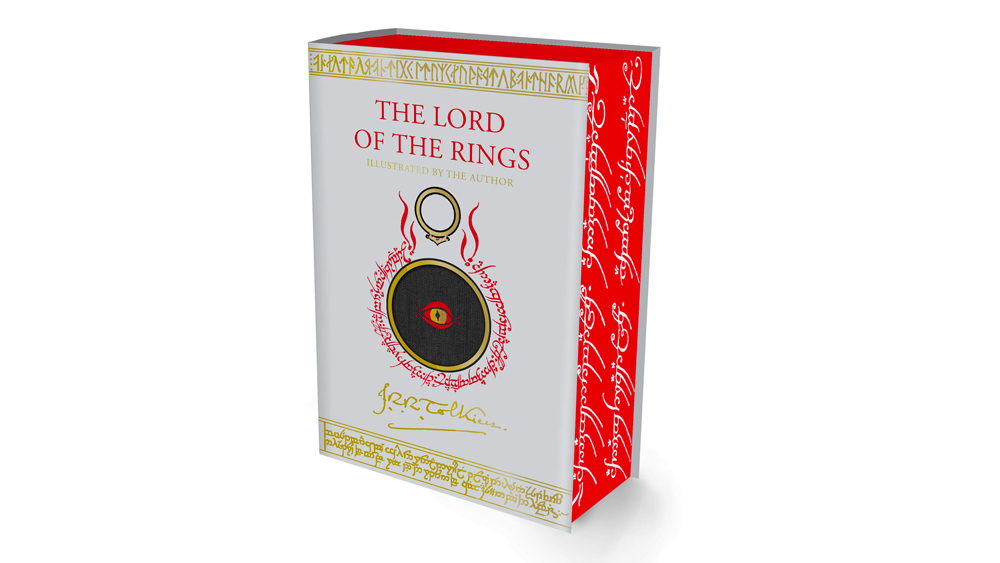 Yet another edition of The Lord of the Rings is releasing this fall, and it's a particularly exciting one, bundling the trilogy with "paintings, drawings, and other illustrations" by J.R.R. Tolkien. The Lord of the Rings Illustrated Edition marks the first time fans are seeing Tolkien's artwork (outside of a museum) since the iconic trilogy was first published. Releasing October 19, there's an awesome discount on the Illustrated Edition at Amazon, which has dropped the price from $75 to $45. You'll also get Amazon's preorder price guarantee, so if the price drops even further between now and October, you'll be charged only the lowest price.

From now until April 22 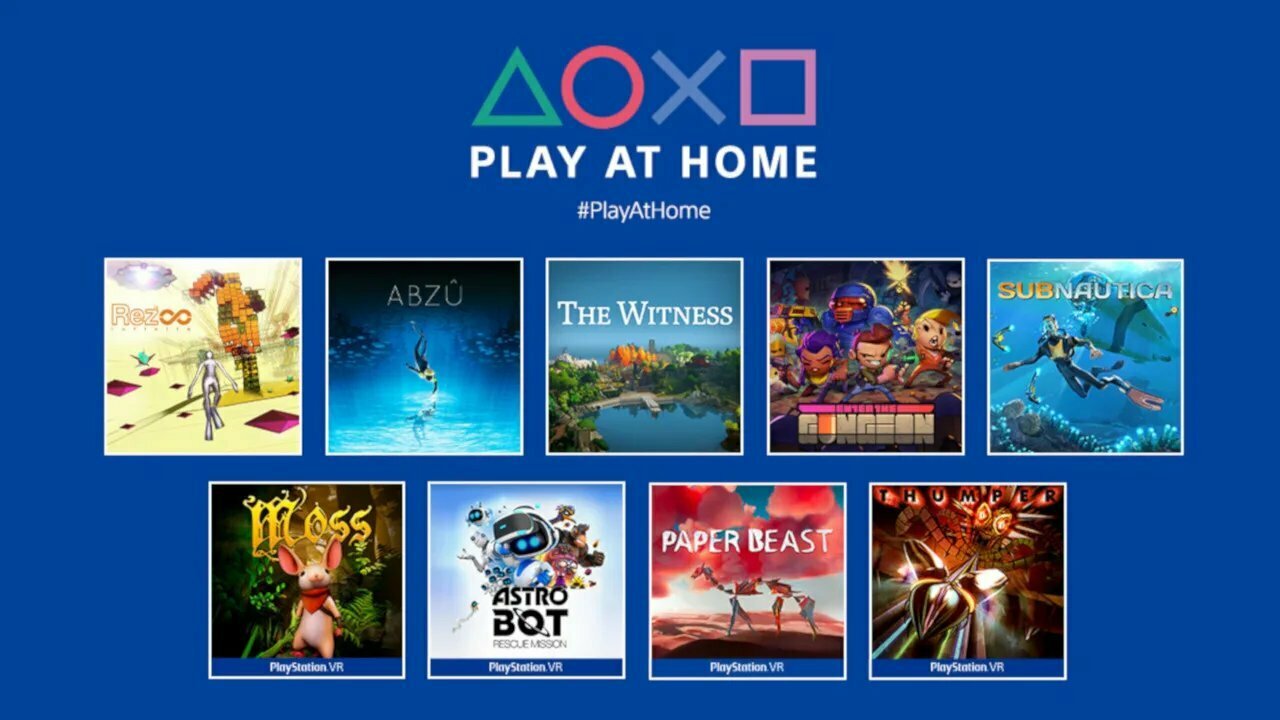 As part of its Play at Home 2021 initiative, Sony has made nine PS4 and PSVR games free to claim on PS4 and PS5 until April 22. Check out the games you can download and start playing for free right now:

You can claim all nine games on the PlayStation Store below.

From now until April 8 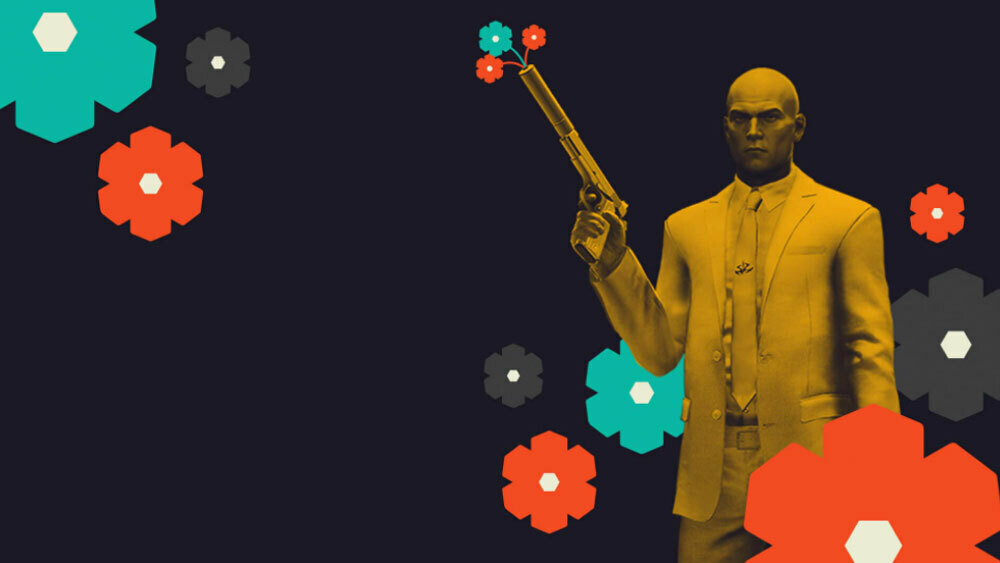 Epic Games has kicked off this year's spring sale, discounting a huge number of PC games, including Hitman 3, Assassin's Creed Valhalla, and more. We've collected some of the best deals below, but check out the full sale on the Epic Games Store for all of the available discounts.