More news on the update is coming "soon."

The survival horror multiplayer game Friday the 13th launched this past May without a single-player campaign, which was instead going to be offered to players as a free update sometime this summer. While little has been said in recent weeks regarding it and other updates to the game, publisher Gun Media confirmed that the planned single-player mode is still on the way and that more details regarding it will be shared "soon."

Since its release, Friday the 13th has been beset by technical problems. In particular, a memory leak issue has been affecting the Xbox One version, which has been the development team's main focus. "Our primary concern has remained the persistent memory leak, which is an issue that has been most prevalent on Xbox One," Gun Media said in a statement to GameSpot. Fortunately, it appears the developers have finally gotten a handle on the issue. According to Gun, "This leak, as of most recent tests, is looking contained and we are very confident in a fix thanks to a tremendous effort from Illfonic and 3rd party support."

Despite devoting most of its attention to resolving the memory leak issue, Gun says the development team has still been able to work on the announced single-player update. As the publisher explains, "Thankfully, due to the huge amount of support we've received from fans, our team has been able to expand work on future content to coincide with our focus on fixing performance issues. We are incredibly excited to share news very soon, including more on the upcoming single-player mode that will be available at no additional charge."

Friday the 13th adapts the classic horror film franchise into a 1v7 asymmetrical multiplayer experience. One player takes control of Jason and must hunt the other seven, who play as camp counselors and must work together to survive the masked killer's advances. The game features three maps so far: Camp Crystal Lake, Higgins Haven, and Packanack Lodge.

Friday the 13th released for PlayStation 4, Xbox One, and PC this past May. Despite experiencing server issues at launch (which prompted Gun to release a free retro Jason skin to players as an apology), the game was the second best-selling PSN game on PS4 in May and was even the digital store's top title for the month of June. 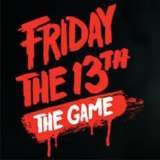