Grow Up and more are going free.

With just a few days to go until the end of June, Microsoft has announced the lineup of free games Xbox Live Gold members will be able to play on Xbox One and Xbox 360 in July 2017.

On Xbox One, players can look forward to trying out Ubisoft's quirky platformer Grow Up as well as the party game Runbow, in which obstacles appear and disappear depending on the color of the background. Xbox 360 owners get Kane & Lynch 2 and Lego Pirates of the Caribbean; both of these will also be available for free on Xbox One through backwards compatibility.

Now Playing: Free Xbox One And Xbox 360 Games With Gold For July 2017 Revealed

The month kicks off with Grow Up and Kane & Lynch 2, while Runbow and Lego Pirates of the Caribbean will join later, on July 16. Check out the full schedule below.

Microsoft only just revealed this week's Deals with Gold, too. Lots of Dead or Alive 5 Last Round add-ons are on offer, as well as Forza Horizon 3 VIP membership, Sherlock Holmes: The Devil's Daughter, and more. Check out the full list here.

And remember that Xbox Live Gold members have just a few more days to pick up some of June 2017's free Games With Gold titles before they return to their normal prices. 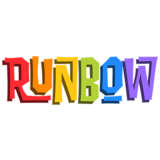 View Comments (31)
Runbow
LEGO Pirates of the Caribbean: The Video Game
Grow Up
Xbox One
Xbox 360