We're now well into December, and that means Xbox Live Gold subscribers have the first of the month's free Games With Gold titles to claim. Two more games are available to download for free right now if you're an Xbox Live Gold member, with another two set to arrive during the second half of the month.

On Xbox One, Warhammer: End Times - Vermintide is free all month long, while Child of Eden is the freebie on Xbox 360. Note that this title plays on Xbox One through backwards compatibility, so you Xbox One owners can grab it as well and play it on their console. Take note that Child of Eden is only available through December 15, as Xbox 360 titles are only available for half of the month.

Also be aware that one of November's Games With Gold titles, Tales From the Borderlands, will continue to be free on Xbox One through through December 15. You can see the full Games With Gold schedule for December below.

In other news, Microsoft has rolled out the latest weekly Xbox One and Xbox 360 deals. A variety of games are on sale for Xbox Live Gold members in particular, with Mega Man fans in line for a treat. These will be available until December 19; meanwhile, another two Games With Gold titles will arrive on December 16. 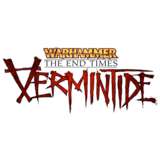