Warner Bros. partners with developer Kabam to create mobile and Web games Armies of the Third Age and Kingdoms of Middle-earth based on upcoming film trilogy.

Fans of J.R.R. Tolkien's The Hobbit will not only have the first of three feature-length films to soak in this winter, but also new free-to-play mobile and Web games. Warner Bros. Interactive Entertainment announced a partnership with social game studio Kabam today that will see the studio release two new multiplayer strategy games based on Peter Jackson's upcoming movies.

The Hobbit: Kingdoms of Middle-earth is due out for mobile devices, while The Hobbit: Armies of the Third Age is in development for Web browsers. Both titles will launch later this fall, but gamers won't need to wait that long to play Armies of the Third age. Players can sign up to join the beta test for that game today through the game's official website.

As for gameplay, Kingdoms of Middle-earth tasks players with building and managing their own domains while working alongside other players to explore the world and wage war. Armies of the Third Age, on the other hand, has players commanding an army of Elves, Dwarves, or Orcs while controlling Hobbit heroes Bilbo Baggins and Gandalf the Grey.

The first installment in Peter Jackson's The Hobbit film trilogy hits theaters in December. It stars Martin Freeman as Bilbo and Richard Armitage as Thorin Oakenshield, with Ian Mckellan reprising his role from the Lord of the Rings trilogy as Gandalf. 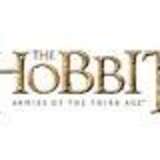 View Comments (36)
The Hobbit: Armies of the Third Age
The Hobbit: Kingdoms of Middle-Earth