Members receive access to a library of "classic" games.

As part of its Nintendo Switch online service announcements today, Nintendo revealed a change to the free game program it announced in January.

At the time, Nintendo said subscribers would get a free NES or SNES game each month, only playable for that month. But this has now changed in a notable way.

"Nintendo Switch Online subscribers will have ongoing access to a library of classic games with added online play," A Nintendo spokesperson told GameSpot. "Users can play as many of the games as they want, as often as they like, as long as they have an active subscription."

Subscriptions will be available at the following options: 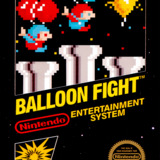