Free Game Now Available On Steam, For A Limited Time

Explore the mountains with Sean Bean.

Steam is offering another free game to download through its client. This time it's the 2015 indie horror game Kholat from Polish studio Imgn.Pro. The creepy game is narrated by actor Sean Bean. You can pick it up now on the Steam Store until February 4 at 9 AM PT.

Kholat has you exploring the Russian Ural Mountains to uncover the mystery of nine students who went missing in 1959. The game is based loosely on the real-life Dyatlov Pass Incident, in which nine students ventured into the Kholat Syakhl ("Dead Mountain" in Mansi) and were each found dead over the span of four months. The game goes in a much more supernatural direction with their disappearance.

"In many stories, blizzards and the frigid cold provide a specific kind of terror, and Kholat's moaning winds cry out tales of lost souls that the game ignores in favor of shapeless nonsense," critic Kevin VanOrd wrote in GameSpot's review. "Its ideas reveal the game Kholat wanted to be, but its aspirations soar far higher than the game it became. What good is a mystery if you don't care about what it might tell you?"

Steam has been giving away free games through its service for some time, but it recently got more competition with the advent of the Epic Games store. Epic's challenger to Steam's PC store dominance is offering its own free games--currently the Jackbox Party Pack--as well as striking exclusive distribution deals for games like Metro Exodus and The Division 2. This has started to garner a response from Valve regarding the aggressive moves. The Ubisoft store is also offering a free game right now, Assassin's Creed Chronicles: China. 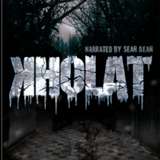