Most people have heard about the big titles at E3 2015: Mirror's Edge Catalyst, Star Wars: Battlefront, Rainbow Six Siege, and others. But E3 is a massive conference, and dozens of games are on display. There are really awesome games at the show that are easily missed, but we had the opportunity to check out some of them. Here are our four unexpected highlights of E3 2015.

When Fugitive Games' Ben Jones pulled up the first exploration opportunity in the demo of Into the Stars, I was intrigued. He gave me the choice of three places to explore, and I told him to travel to a volcano. It ended in ruin, with half of his ship's crew taking a lot of damage and requiring time in the medical bay. Visually, it was just a series of menus, much like FTL. But I'm a sucker for that sort of choose-your-own-adventure storytelling, so I liked it already.

Then, Jones exited the menu to a command bridge looking out over the depths of space. I was struck by the beautiful view, and thought that it was a nice backdrop to the exploration. But he pressed the arrow keys and the ship moved. It's a fully maneuverable ship flying in three-dimensional space, and each sector you travel to has several planets, asteroids, and debris to fly to and visit. It seemed peaceful to fly through the blackness of space, stopping at whichever landmark stuck out.

Watching the demo made me want to be in the world and to uncover all the secrets it contains. The points of discovery held small stories and the decisions made those stories unique, each choice coloring your experience.

Into the Stars is coming to PC on Steam in July.

Devastated Dreams is the new 2D side-scrolling survival horror game by Infinitap Game’s Matt Gilgenbach. And the demo I played was just as terrifying and personal as its predecessor, Neverending Nightmares.

The game is set in a rural village in the Philippines where you play as a pregnant Filipino woman who must journey through twisted nightmares filled with monsters from the country’s folklore. What I played had me treading through dark ominous Philippine village pathways, exploring huts, finding keys, and enduring some well-timed jump scares.

In terms of survival horror, this sounds like more of the same. But these elements aren't what makes the Devastated Dreams stand out. What makes the game so compelling is just how personal it feels. Inspired by the upcoming birth of Gilgenbach’s first child, the game feels like a nightmarish simulation that dives into his own personal fears arising from constant images of pregnancy-related death. Regardless, Devastated Dreams was an eerily visceral and gut wrenching experience that I can’t wait to see more of.

This delightful game is a four-person local multiplayer shoot-em-up that makes players take control of gelatinous blobs. You can move and have a dash attack, but slowly weapons start appearing in the level. Guns will stick to your blob and you can shoot the ones you've acquired. It's all about acquiring the most weapons and becoming the biggest moving arsenal in the round.

It was hilarious to see dozens of weapons stuck all over my character's body, making it grow to gigantic proportions. The bigger you get, the more powerful you are. However, you also become a bigger target. If you take too many shots, you explode and your guns float into the level, open for anyone else to pick up.

It's a simple game, but over the several rounds I played, I developed a bit of strategy. Sometimes it's not a good thing to get the weapons. Staying small keeps your character quick, and you're able to dodge out of the way of the bullets and dash into bigger enemies.

One of the marks of a good local multiplayer game is how much noise the players make during the rounds, and we were loudly laughing throughout the entirety of our time with the game. Armed and Gelatinous is hilarious and enjoyable, and it's coming out for the Xbox One, PlayStation 4, and PC.

This hilarious game is built for the Samsung Gear VR and it tests your ability to text while driving. Think you can just glance down when you're driving? Think again. SMS Driving will show that you're not as good at multitasking as you believe you are.

If you take too long to send a text in reply to a friend, they will think you are rude and the friendship is over. Lose three friends and you automatically fail the race. This game becomes a juggling match of trying to drive blind and remember when to turn, trying to race as fast as you can while looking down at a phone.

I was horrible at this game. I came in dead last and got lapped by the AI racers in front of me, who also text and drive erratically. But it was a blast to play, and this absurd concept will hopefully manifest in a funny VR experience when the game launches.

We saw all of these games at the MIX Indie Showcase at E3 2015, an event designed to get a bunch of promising independent developers together to show off their games. It's a great place for media and the developers to talk with one another outside of the main E3 show floor. You can check out more about the event here. 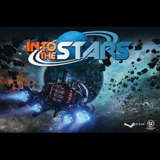