Forza Motorsport Release Date, Cars, And Everything We Know

Buckle up for Turn 10's eighth entry in the series, Forza Motorsport. 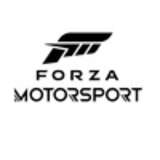 Forza Motorsport will be released in Spring 2023. It's the first game in the sub-series since 2017's Forza Motorsport 7, a period which saw the release of two Forza Horizon games and the now-shuttered Forza Street mobile game. A more specific release date has not yet been confirmed, but it's a return to the launch window of earlier games in the series, as more recent Motorsport entries have been released during the fall.

An Xbox One edition has not been announced, but it's possible the game will be playable on that console via Xbox cloud streaming.

Forza Motorsport's trailers thus far have focused on the graphical upgrades--"dynamic time of day" is a big buzzword--and improved physics. But in addition to trailers, tidbits of info have also dribbled from various Forza Monthly episodes and Forza blogposts.

The devs claim Forza Motorsport has "48 times the improvement in the fidelity of the physics simulation" as compared to past Motorsport titles. 4K resolution (on Series X), real-time ray tracing, shaders, and 3D material scans will add even more realism to cars and race track environments.

Where does the number 48 come from? Creative director Esaki explained in a Forza Monthly episode that "48 times the improvement" is meant to reflect the massive generational leap between Forza Motorsport 7 and 8.

"Our new model now, instead of one point of contact, has eight points of contact with the track surface and is running at 360 Hz. So if you're doing the math there, it's a 48x fidelity jump in a single tire collision itself."

According to Esaki, the upgraded tire collision model means players can better feel the track surface, and there's increased car-to-player communication. And while the tire model having a lot more points of contact with the road seems like an abstract idea, Esaki later clarifies--likely after seeing the memes around the number 48--that getting the tire model right is the most important aspect of FM's physics.

Esaki also says curbs are another subtle, yet meaningful place players can feel a difference in. "In past [Forza Motorsport] games, curbs have been viewed as somewhat coarse or unsettling," Esaki said. "And I think that has dramatically changed. They feel great to drive over now. They're smooth and natural."

"Fully dynamic time of day," a feature headlining FM's promotions, will provide a more realistic simulation of different racing tracks and will also be available on every track. Different times of day will produce different ambient temperatures, a factor that will affect track surface temperature and grip.

And for those who enjoy faithful renderings of banged-up cars, Forza Motorsport will include more realistic car damage. That means scratches on bodywork, wear on tires, and other damage marks.

A redesigned pit experience will also be part of the next FM. There will be a different tire and fuel management system, multiple tire compounds, and in general, more car building activities.

"In the playtest, we were offering hard, medium, and soft compounds, and are looking to expand that over time--depending on how we're going to be running the different events," Esaki said. "Each of our compounds has different wear and grip characteristics, leading to exciting new gameplay decisions during the race."

According to a Forza Year In Review blogpost, FM devs have been testing multiplayer in the form of a race weekend consisting of open practice, qualifying, and a featured race calendar of events. It sounds like FM's multiplayer format is in flux and subject to change. Turn 10 says they're considering creating qualifiers during the week and holding the featured race on the weekend, or qualifiers during the day and race at night.

Open practice will also have a corner mastery feature that will go beyond track leaderboards. Turn 10 says it hopes the corner mastery system can become a more social feature.

A full track list is not available yet, but we do know of a few tracks that will be present. The Xbox & Bethesda FM trailer showed off five.

Hakone is an all-new, original high speed Grand Prix circuit in the new Forza Motorsport. We can’t wait for everyone to experience it!#ForzaMotorsport pic.twitter.com/V8Bo6t8lnV

There's not a complete roster of cars in Forza Motorsport currently available. But between FM's demo and the trailer, 37 cars were shown and the full list can be found over at Turn 10's announcement page. A lot of the revealed vehicles are making their debut in Motorsport, and from a glance, there's quite a few GT cars. Below, we've focused on cars that got extended time in the trailers and popular ones that will be highly anticipated.

Jenny Zheng is a freelance writer. They spend too much time on glamour in FFXIV.