High-detail models in Forza Motorsport 4 were prototypes for Xbox One development.

Creative director Dan Greenawalt spoke about the relationship between the developer and Microsoft in an interview with Edge.

"Obviously we're first-party but we're remote from Microsoft," said Greenawalt, "so that we can build our own culture and have our own creative juices, right, but we still are privy to information that's incredibly confidential regarding Microsoft's longterm plans."

"So, probably around four years ago, maybe even a little bit more. It was honestly right around the time we were prototyping Natal--which became Kinect--for Forza Motorsport 4. We had early introductions to that and at the same time I was getting pulled in, as was our chief architect Chris Tector, he and I were getting pulled into long-range planning for what the next box would be."

"Obviously it was unnamed, but the questions they were asking of us--there was also Josh Holmes from 343 and some other peers of ours--they were asking us about our franchises and the experiences we wanted to create for our players."

Autovista in Forza Motorsport 4 was a mode that allowed players to explore detailed exteriors and interiors of certain vehicles with either a controller or Kinect, alongside snippets of commentary from <i>Top Gear</i> host Jeremy Clarkson.

"So in Autovista in Forza Motorsport 4 there were 26 cars, and those cars, in many ways, were prototypes for what we wanted cars to look like on next gen hardware. The thing we learned in doing that experiment was that we didn't think the next generation was about poly count and texture resolution. It was gonna be about light and atmosphere and imperfections so we actually got to ship a prototype--which was kind of cool."

"Now obviously we didn't tell people that--that's not how we framed it--but I thought that was a cool experience. Autovista was a very cool experience and that carried forwards in Forza 5. We were prototyping ideas."

Forza Motorsport 5 will launch alongside the Xbox One on November 22. 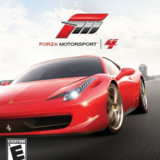