After speaking with a source close to Microsoft, GameSpot can confirm that Forza MotorSport 3 is currently in development. Set for release sometime next year, the racer will continue Microsoft's highly customizable racing series after Forza 2's commercial and critical success on the Xbox 360. The first Forza was released for the original Xbox in 2005 to similar raves from reviewers.

GameSpot's source would not go into further detail, saying only that the game was several months into development and would be "massive." However, more information on the game may have appeared as part of a huge information leak sourced to market research group Intellisponse.

Though Intellisponse and Microsoft are declining to comment, a series of documents attributed to it on the NeoGAF forums appear to outline a Mii-like avatar system for Xbox Live and a new 360 motion-sensing Karaoke game. They also appear to reveal exactly how massive Forza 3 is, saying that "due to the number of cars and tracks, the game will be sold as a two-disc set."

How many cars and tracks will Forza 3 boast? According to the documents, the game will sport more than 100 tracks and over 400 cars with "near-limitless customization options for car tuning and custom artwork." The documents also promise the game will introduce several new racing modes--drag, drift, oval, point-to-point--as well as new online community features. 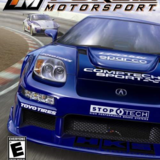