Fortnite Chapter 4 Start Date, Fracture Event, And Everything We Know So Far

A new map? A live event? Creative 2.0? Here's what we know about Fortnite's Chapter 4 right now.

Fortnite Chapter 4 is nearly here, presumed to be launching just days from now, so it's time to look ahead to what's next. We don't know a lot for sure about next season--the leaks have been few and far between so far. But the hype cycle is in full swing, with Epic announcing the imminent end of Chapter 3 and a huge live event that will push us into Chapter 4. The particulars are shrouded in mystery, but we do know a few things for sure and have very strong suspicions about other stuff. Let's start with what we know for sure.

Epic hasn't made any reveals or anything about next season yet. But they have told us when this season, and chapter, are going to end: Saturday, December 3 at 1 PM PT / 4 PM ET. That's when the live Fracture event will take place that will wrap up Fortnite Chapter 3 and usher in Chapter 4.

What's in store for us during the event remains a mystery, but we do know a little bit about the logistics of it. Like the Collision event two seasons ago, Fracture will cap your party at four players. But unlike Collision, you'll encounter other players during the event, and if you're not in a group you can party up using a special emote enabled just for the event.

Speaking of emotes, you'll also get one to keep. Toasty Roast is a new synced "sitting around a campfire roasting marshmellows" emote that will be given to everyone who logs into Fortnite on December 2 or 3.

The event lobby will open at 3:30pm ET, and you can join any time up until 4:40pm ET. This would seem to imply the event will be at least a half-hour long (recent live events have usually started about ten minutes after the stated time), which would be longer than normal. But you won't hear any complaints from us about that.

As for what's gonna go do during the event, your guess is as good as ours. But the key art is suitably dramatic.

When is Fortnite Chapter 4 Season 1 going to actually begin?

You should expect to be playing a new season of Fortnite on Sunday, December 4. The first time Fortnite transitioned to a new chapter at the end of Chapter 1, Epic took the game down for nearly two days, but after Chapter 2 it was down for just under a day. Anything from 12 to 48 hours is possible, but it's most likely that Fortnite will be back online at some point on December 4.

While Chapter 3 is significantly shorter than past seasons were, you should expect a new map all the same. Just before the current season began, dataminers made note of a reference in files to a new "launch option" called Asteria. Past "launch options" have included Athena, Apollo and Artemis--but you know those three better as each chapter's battle royale map. Athena was Chapter 1, Apollo was Chapter 2, and Artemis is the current island.

So it follows that Asteria, another ancient Greek deity whose name starts with A, is a new map to go with this new chapter. That said, Asteria may not be 100% new--we wouldn't be overly surprised if all these floating buildings survived into the new map.

Creative 2.0, formally known as the Unreal Editor for Fortnite, has been rumored for December for a while now. This is going to be a huge deal for Epic--with a far more robust set of tools, creators may be able to build whole games inside Fortnite, a la Sony's Dreams. And that could, in the long term, shift Fortnite into being more of a platform than just a game.

And it looked like Fortnite would be ushering in this new era alongside the introduction of Chapter 4. However, shortly after the announcement of the Fracture event, Epic CEO Tim Sweeney tweeted that the UEFN was being delayed. It's still scheduled for Chapter 4 Season 1, but not for launch.

Sorry folks, the team is working super hard, but the Unreal Editor for Fortnite (UEFN) has been delayed to late January 2023.

What do we know about next season's gameplay changes?

There have been several mechanics teased in the files for a long time now, like motorcycles and rideable skateboards. Skateboarding, for one, may have been intended for Fortnite's big summer event--remember the skatepark they put up in the big bay on the eastern end of the island?

Likewise, rideable flying animals have been rumored for a minute as well. Not to mention the first-person mode that folks have been chattering about for a while now. We don't know if any of that stuff is for battle royale or just for the Creative 2.0 toolset (or both/neither).

What will Fortnite's new season be about?

The current season has been surprisingly light on plot--this season hasn't had any new story quests since the ones we had on launch day. So that makes it difficult to guess what's in store for the last few weeks of this season, much less beyond that.

But here's where we are right now: A creepy plant lady called The Herald is causing chrome to spread across the island. The Herald works for some kind of being or entity called The Nothing, whose voice we got to hear in the Bytes quests. Both The Herald and The Nothing have some kind of connection to The Last Reality, aka the place all the nefarious cubes came from in the previous chapters.

As for the good guys: they seemingly all got chromed except for Brie Larson's new Paradigm, who went to some place called Reality-659 in the season trailer. And we haven't heard from her since then.

Assuming this season does end with a live event, it'll likely involve The Herald's last push to fully chrome up the island, and presumably the Paradigm's attempt to resist with whatever she brings back from Reality-659. And if we are about to get a new Chapter with a new map, then maybe The Herald will succeed--with the new island being one scrambled by the chrome, like what happened with the black hole between Chapter 1 and Chapter 2.

With so little info even about the immediate future, guessing what next season has in store for us is a fool's errand, especially with so many dangling plot threads out there--chief among them being the fate of big bads like the Cube Queen--not seen since the end of Chapter 2 Season 8--and Geno, the cosmic dude behind the IO, who we've heard nothing about since we took back the island from them in Chapter 3 Season 2.

And then we have the Zero War comic, which told the story of Chapter 3 Season 2 as if it were another Marvel season, complete with a version of the Collision live event that was full of superheroes--a version that we most definitely did not see in the game.

And while the climax of the event (The Foundation and Jonesey going after Geno) was presented as a cliffhanger at the time, in the comic they find Geno five seconds later. And then The Imagined grabs him and jumps into the Zero Point, disintegrating them both, but crucially not killing them.

Are we going to catch up with Geno soon? Is the Cube Queen still around? Is The Nothing a separate faction or part of The Last Reality? Is there an in-universe explanation for why Zero War is completely incompatible with Fortnite's game story? Next season could deal with any of these topics.

There have been no rumors or leaks thus far about next season's battle pass. Fans have identified a player skin from a past survey that pretty much everybody agrees is Geno based on his look in the Zero War comic, and if that is indeed the case then he'll probably be in a battle pass eventually. And that "eventually" could certainly be next season if he's a part of the story, too.

Our confirmed look at GENO - Founder and Leader of The Imagined Order!
He will be officially revealed in #Fortnite X Marvel: Zero War comics. He also matches the new skin seen in yesterday's survey as well as the photograph with Slone from a while back!
(Img: @HYPEX) pic.twitter.com/a8p7fsKKJ0

Other than that, we have no leads about next season's battle pass. We'll be updating this story as weeks turn to days and eventually just hours before the new season--or is it chapter? Stay tuned for more information on the future of Fortnite. 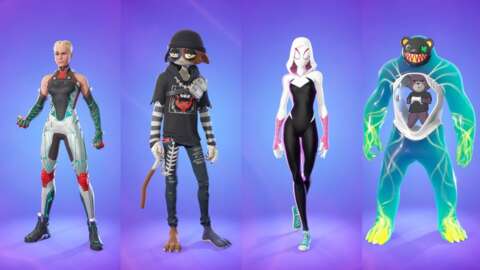 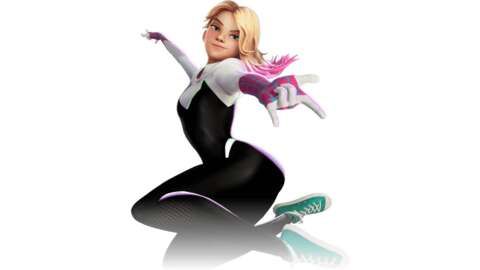 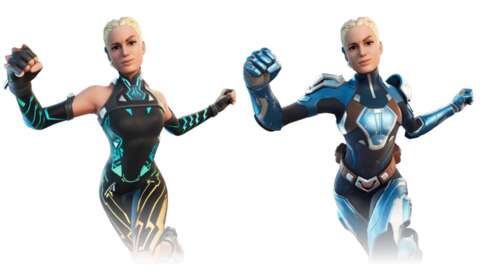 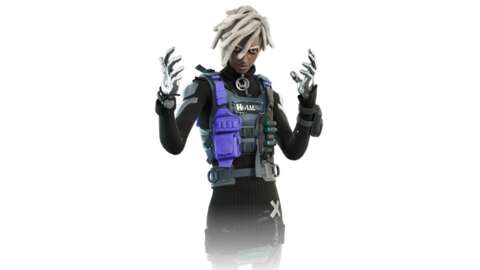