Forspoken Gets An AMD FSR Upgrade In New Gameplay Trailer

AMD's new FidelityFX Super Resolution trailer has gone live, and inside of the showreel for the company's answer to Nvidia's DLSS performance-enhancing graphics technology is new gameplay footage of Forspoken. You can see some new and extended footage in the trailer below at around the 14-second mark.

AMD's new FSR technology is designed to enhance gameplay graphics without needing to tax the hardware too much, which Luminous Productions studio head Takeshi Aramaki says was implemented into Forspoken in just a single day.

"Implementing cutting-edge AMD technology in the development of Forspoken is an embodiment of that philosophy," Aramaki explained in the video. "With Forspoken, we are aiming to achieve the highest quality visuals ever seen in an open-world game."

Forspoken has received a "significant performance boost" when running the game at 4K and 60 frames per second according to Aramaki, with the developer adding that the game is meant to be experienced at that high resolution. AMD FSR launched this week, although it will still take a while for more developers to support the technology.

Forspoken--previously known as Square Enix's Project Athia--got an extended trailer earlier this year. In case you missed it, the two-minute-long video showcases more gameplay and traversal mechanics with the protagonist Frey Holland. As for when the game will be out, Sony did mention back at CES 2021 that Forspoken would launch in January 2022, a month that would put it in direct competition with Elden Ring if it sticks to that release window. 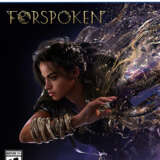