Following the mass exodus at Indivisible and Skullgirls creator Lab Zero Games, a group of former developers has founded their own cooperatively structured games studio. Called Future Club and comprising of 15 ex-Lab Zero employees, the studio is worker-owned and committed to creating games with handcrafted 2D art and engaging gameplay.

In a press release, Future Club said it wants to "inspire kids and adults" with games that are "remembered long after their time." The studio also said its goal is to create "games with handcrafted art and traditional 2D animation, engaging and responsive gameplay, and unique and memorable worlds."

Lab Zero Games imploded a month ago. Studio director Mike "MikeZ" Zaimont came under fire for refusing to step down amid harassment allegations. As a result, many Lab Zero devs left the studio.

Future Club explained why the co-op structure, in which employees use products for the benefit of its members instead of earning profits for investors, was a necessity. Designer Earl Gertwagen said the model lets Future Club take advantage of game design's collaborative nature.

"Games aren't the sole effort of a single developer," said Gertwagen. "We're a highly diverse team of 15 developers, including artists, animators, programmers, and designers, and we shipped our past games as a group effort of teamwork and communication. A co-op structure lets us put that philosophy into reality, and gives us all an equal role in shaping our future as a company alongside the games we make."

Future Club CEO and producer Francesca Esquenazi echoed Gertwagen's sentiments. In addition to taking advantage of game design's collaborative nature, Esquenazi noted that the co-op model reinforces the studio's belief that teams are more than the sum of their parts.

"We wanted to start fresh with a company structure that was worker-owned and gave everyone a say in the future of our organization," said Esquenazi. "Future Club is an employee-owned cooperative game development studio, established with the belief that strong teams are greater than the sum of their parts. We value open, honest communication with peers, partners, and players, and take pride in our strength as a team."

Future Club has not announced that a project is in development yet. 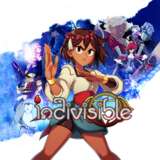