Mobile game High School Story adds quests where players meet cyberbullying victim and must help her stand up to bullies.

A high school-themed iOS game from a group of former Electronic Arts developers is taking on the issue of cyberbullying, which is believed to affect one in six US teens per year.

The game, High School Story from Pixelberry Studios, was released this summer and has seen more than 4 million downloads to date. After the deaths of teenagers Rebecca Sedwick and Audrie Potts, who committed suicide this year after they were cyberbullied, Pixelberry CEO Oliver Miao decided to take a stand through the company's mobile game.

To that end, Pixelberry has added numerous cyberbullying-themed quests and content to High School Story. Specifically, players will meet a young cyberbullying victim named Hope (above) and must help her stand up to bullies.

Players will make use of "sensitive, realistic messaging" techniques created in collaboration with cyberbullying charity The Cybersmile Foundation in the game. The cyberbullying quests launched recently and have seen more than 400,000 players so far.

According to Pixelberry, as developers began writing the cyberbullying-themed quests, a player reached out to them acknowledging suicidal thoughts. After contacting a crisis hotline to provide this person with assistance, developers began to understand how much of an impact they could have on the issue with High School Story.

“For me, one of the worst things about being bullied was feeling like there was nobody I could turn to for help," Miao said in a statement. “Pixelberry is excited to be using High School Story to help teens learn how to stop cyberbullying. Based on statistics from the Center of Disease Control, we’re estimating that 80,000 of our players could attempt suicide this year. If our efforts can help just a fraction of these players, High School Story will be supporting hundreds, if not thousands of teens through challenging junctures in their lives.”

On top of the in-game content, Pixelberry has pledged over $100,000 to Cybersmile through matching purchases of a special in-game item. "Tens of thousands" of the items have been purchased already, Pixelberry said. 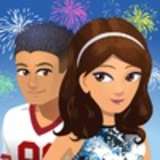