This survival-horror game pays homage to genre classics with some obtuse puzzles, but we're here to help.

Fobia: St. Dinfna Hotel is a new horror game, but it clearly takes its cues from genre classics like Silent Hill and Resident Evil. That's most apparent when it comes to its confounding puzzles seen throughout the game. If you find yourself stumped by the game's back-tracking, item combinations, or otherworldly camera, use our guide to solve all puzzles in the first of several acts in the game. Here's how to get through the game's first section in the hotel, including the elevator puzzle, finding a tricky safe code, and the locations of plenty of keys.

After an out-of-context intro in a prison, you'll meet the journalist protagonist, Roberto Leite Lopes, who arrives at the Santa Dinfna Hotel to greet a fittingly creepy receptionist. A fast-moving montage will depict Lopes' investigation into the strange hotel and reports of a "gas mask girl" seen on the premises. Eventually, he's knocked out and regains consciousness just as you're given control of the character again.

The door will be locked, but if you're reading this, you may already know all that. Here's how to escape the hotel room. First, grab the backpack on the desk so you can expand your inventory, Resident Evil-style. Beside the locked door, grab the metal object with numbers on it.

These numbers change with every playthrough, so yours will be different than ours, but if you read these numbers from left to right by twisting the object, you'll have a three-digit code. Use this code on the suitcase's lock to open it and reveal a key.

Take the key and use it to open the locked bathroom door. Walk into the bathroom and you'll notice the bathtub is overflowing with water rather ominously. Ignore the mess for now and instead grab two items: a camera lens on the shelf and another numbered code inside an already opened suitcase. This code opens yet another locked suitcase inside the tall armoire back in the bedroom. The code for this does not change, so it will always be 37251.

Inside you'll find the rest of a camera. In your inventory, combine the camera body and the lens to form a working camera. Borrowing from Fatal Frame, this is a most unusual camera, as it allows you to see into another world. You'll then notice flickering coming from the bathroom, so head back inside and look at the bathtub through the camera lens. Surprise!

After that quick scare, the hotel room door will be opened automatically. In the end, there is no physical key to getting out--you just needed to suffer a fright. Head into the hallway and into room 611. Use the camera on the bathroom wall to reveal a message. Head back into the hall and grab the key hanging from the doorknob of room 608. This isn't the key to room 608.

Go back down the hall near your room, 610, and use the key to open the hallway drawer. Now you have the proper room 608 key, so head inside of it, then through a hole in the wall to find yourself in room 606. Use the camera in front of the bathroom door and you'll manifest an open safe.

You guessed it--there's a key inside, so grab it and open the door to the room to get back into the hallway again. At the end of this hall is another inventory expansion in the form of a bag, so be sure to grab that in the dark. Now head down to the fifth floor, one floor below where you've been.

Go through the broken wall and take a left, then grab a small red card inside a wooden box. Once you grab it, you'll trigger a phone call from Stephanie, the woman who invited you to the hotel to investigate, then ghosted you (no pun intended).

Head back upstairs to the sixth floor and grab a document that contains a code, 67352, which you'll notice you need in conjunction with the red access card. Go through there, then go down the stairs and open the locked cabinet with code 164871 to get the fifth-floor bathroom key. Also be sure to grab the flashlight inside the closet.

Head back down to the fifth floor--this is great cardio, huh?--and open the bathroom door. It'll say WC on it for "wash closet," a regional term in some places. From here you can access the service area of the fifth floor, so go in and use your camera to find a box with two things inside of it: the room 603 key and a circuit for the elevator. Return to the sixth floor and open room 603. Open the toolbox with the following combination: right 30, left 10, right 5. Grab yet another key--the "Allen" key.

Some optional story collectibles are on the bed if you're interested. Otherwise go back to the fifth floor and use the Allen key and the circuit on the elevator to begin a puzzle, which you can solve by remaking the image below. When the elevator is opened, pick up the button on the ground which will grant you access to the seventh floor when you put it back in its right place.

Head to the seventh floor and up another set of stairs to find a pistol inside a box. Yes, this isn't one of those adventure-horror games. You'll be killing monsters as soon as you pick up the gun.

Open the gate after you kill the monster and look inside a chest. Here you can discard items that no longer serve a purpose. In their places, grab the ammo and the chess piece from the table, the queen. Return to the seventh floor and put the queen on the chessboard. This will open the drawer and reveal a sixth-floor service area key.

Get back in the elevator, head down to the fifth floor (yes, really), then walk up to the sixth again. Inside the sixth-floor service area is the first-floor key, so grab that. Another monster will appear. You can run past or shoot it until it's incapacitated--as in not dead, but good enough for now. Get into the elevator by any means necessary, then head down to the first floor. A cutscene will trigger and you'll have made it through the first lengthy section of Fobia with all digits intact. Congrats! 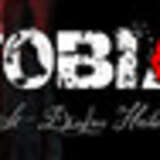