Flashpoints and Fixes: The Old Republic - Rise of the Rakghouls

A short time ago, in a very local region of our galaxy, developer BioWare and publisher Electronic Arts released Star Wars: The Old Republic. The massively multiplayer online role-playing game has proven a huge hit thus far, but BioWare's work is far from over. On January 17, the game's first major update launches. It's called Rise of the Rakghouls, and it includes a new flashpoint, more operation content, and other tweaks.

We caught up with game director James Ohlen, who shared with us what to expect in the update and talked about the general future of Star Wars: The Old Republic.

GameSpot: So tell us about Star Wars: The Old Republic - Rise of the Rakghouls. What are the key points that every player should know?

James Ohlen: Rise of the Rakghouls is our first content release. It includes an extension to Karagga's Palace, which is one of the operations in our release game. It's quite a huge extension. In the initial release of Karagga's Palace, we only had a single boss monster. It was a relatively short operation. Now we've expanded that by four boss monsters--it's significantly bigger, a lot more epic. We've added cinematics to it; it's an entirely different experience now.

We've added [Kaon Under Siege], which is actually part one of a two-part epic story that takes place in the galaxy. The second part's going to come out with our release in March. Those are the two content releases that we're giving. We're doing a few small tweaks to the system. We've added anti-aliasing with this first game update, and a few tweaks to PVP, but we've got a lot more game system changes and additions in the second update which comes in March. And then every single update after that will have in addition to new content, new game systems.

GS: What are the plans for story-based updates that continue in the vein of the storytelling that helps The Old Republic stand out?

We have a team that is focused essentially on providing content and events throughout the galaxy.

GS: So there will be a chance for the party to make an important choice along the line.

GS: You talked a little bit about tweaks to PVP and anti-aliasing and things like that. What other kinds of small tweaks should we expect?

JO: We have a lot of bug fixes and small balance changes coming in. We're doing bug patches every week, almost. This last week we didn't do one because we're preparing for the big game update, but for the most part we're gonna be doing bug fixes on a weekly basis. Sometimes we'll do small balance changes and tweaks in addition to bug fixes, or we might add in some small change or option or tweak to a game system that might not normally go in that. For the most part, it's focused on bugs.

GS: For people interested in space combat, you've talked about changes--the reimagining that could come in the future. Any news on space combat?

JO: So the space team is working on creating additional space game levels. I should mention, that's another part of our game update plan. We want to continue to add hot spots to the galaxy map, essentially new space missions. In addition to that, we have another space project going on, but we're not really talking about that until we get further along. But suffice it to say we want to expand the space game beyond what we have in the current main game.

GS: Obviously, the update seems focused on people who have reached the level cap. Anything for people before that?

JO: So we have a bunch of different plans for that. One is, the game systems themselves that we're introducing are going to not just be for high-level players. For example, in game update two when we introduce guild banks, that's gonna benefit anyone that's in a guild, no matter if you're level 50 or you're level 20. You're gonna benefit from the fact that there are guild banks. In update two we're gonna introduce PVP ranking, so again, that's not something that's exclusive to level 50 players. You're gonna be able to see your ranking as soon as you start to participate in PVP. 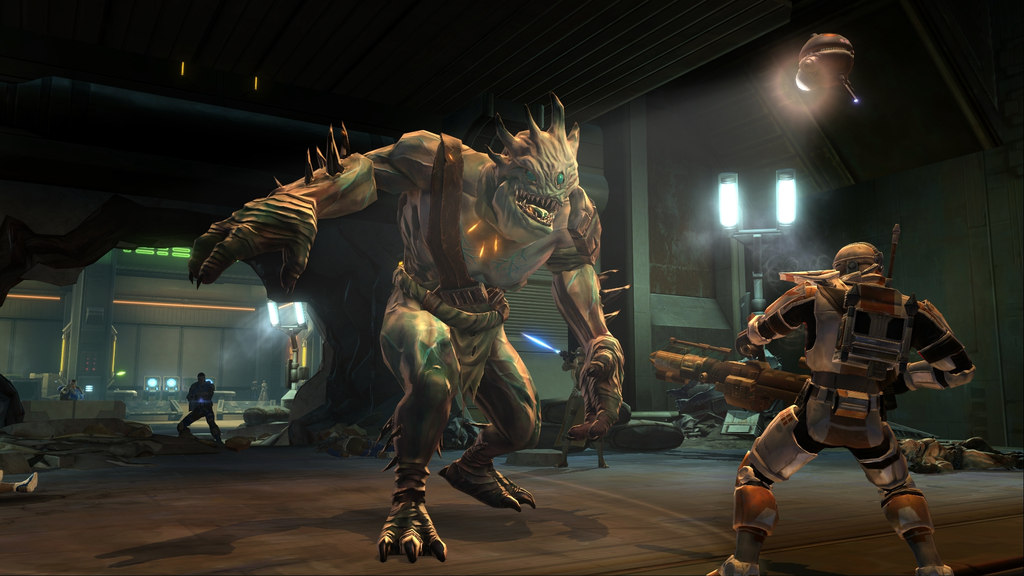 In addition to that, we have a team we're calling the events team, and I can't go into too much detail, but we'll be talking more about it in the future. We have a team that is focused essentially on providing content and events throughout the galaxy that make the Star Wars: The Old Republic galaxy a living, breathing galaxy where things are changing.

GS: In terms of the legacy system, how much can you say about the features we can expect out of that?

JO: So the legacy system, it's kind of inspired by the fact that the family dynamic is so important in the Star Wars movies. You have Luke being Anakin's son, the most famous father-son relationship in movies. We wanted to have a system that encouraged players to create alts and to play the game through the different story paths. So the legacy system is meant to do that. It essentially allows you to, instead of just having a bunch of alts that have no relation to each other, you can actually create a family tree where your alts can be related to your main character, either as, you know, a sibling, a son, a father, a family friend, or a husband and wife.

We wanted to have a system that encouraged players to create alts and to play the game through the different story paths.

So it's pretty tight. I think people are going to really like it, and it's something we want to push towards players who enjoy the level-up game. It'll also be beneficial to the end game, but it really is going to have a lot of abilities that make leveling up even more enjoyable and allow you to customize your leveling experience.

JO: We're gonna be introducing new war zones, we have a new war zone coming with update two, and we'll have more in the future as well. Some war zones will have mechanics that are similar to the mechanics we released with the game. Some war zones will have entirely new mechanics. We're gonna kind of go between those two. Some of the mechanics we have are very classic game mechanics, and I think players would enjoy having a completely different fiction behind that mechanic, with some twists to it. And at other times players are gonna want to have a game mechanic that's completely different. We want to take some risks, because sometimes that can really pay off.

Huttball, for example, is one that was a big--it was a game mechanic that was quite a bit different than I think what players were used to, but it paid off in a big way. 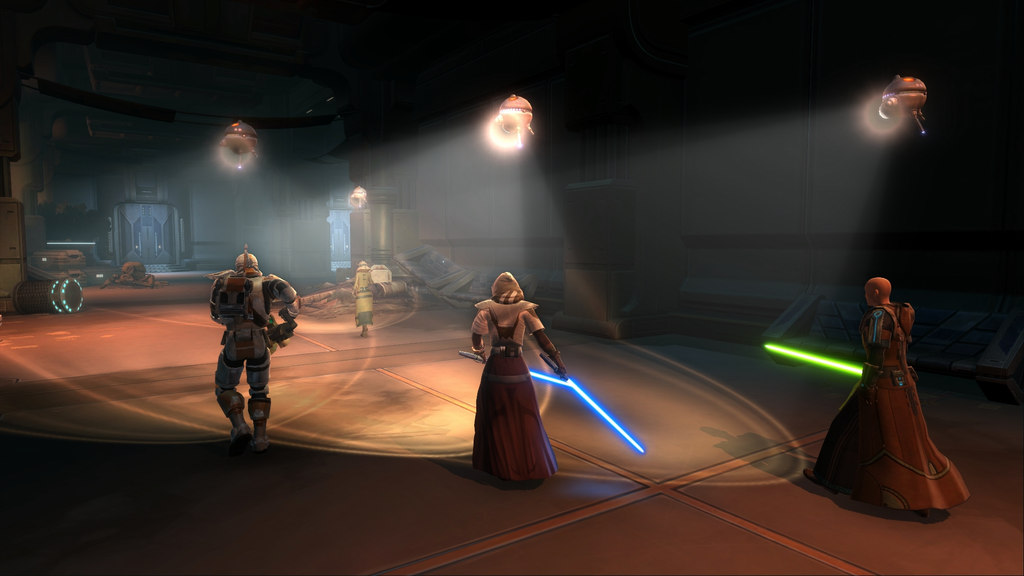 GS: Beyond that, is there anything else that you think we should know that would catch players' interest?

JO: I think just, the main thing, it's that we're really focused on supporting this game in a big way. It's probably, it's looking to be BioWare's biggest release, and we want to make sure our fan base feels that we're in for the long term, that we're going to provide them with updates on an ongoing basis and continue to grow the universe, the Star Wars universe. So I think if there's one thing I want to say is we're very serious about continuing to grow the universe of Star Wars: The Old Republic.