Five Nights At Freddy's: Security Breach will be hiding its neon-laden secrets longer than originally intended, as series creator Scott Cawthon took to Reddit to confirm the game's latest delay to "late 2021."

The game--which was last seen during PlayStation's February 25 State of Play event--was originally slated for release in late 2020, but the COVID-19 pandemic forced the game into 2021.

"As you all know, Security Breach was originally planned to come out at the end of 2020, but as we kept working on it and kept adding to it, it just kept getting bigger and bigger and needed more time to finish," Cawthon said in the Reddit post. "And now, again, I've made the decision to put more time and money into it to make sure it's finished properly, and that means a late 2021 release instead of an early 2021 release like I had originally wanted. It will be worth it!"

The announcement was not all bad news however, as Cawthon also announced the immediate release of Security Breach: Fury's Rage, a Streets of Rage-style retro beat-em-up that is completely free to download and play. "I didn't want you all to walk away empty-handed," Cawthon explained, "so I made something for the community."

Security Breach is the latest in the Five Nights at Freddy's series, which began back in 2014 and gained internet fame for its jump-scare-focused gameplay. The latest release was 2019's Help Wanted--the franchise's first virtual-reality game--while the first mobile FNAF game Special Delivery was released later that same year.

There is a quickly growing list of games delayed in 2021 that we've been monitoring recently. Others include Lego Star Wars: The Skywalker Saga and Deathloop. 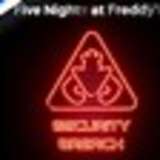