See the first screenshot from Spider-Man: Mysterio's Menace for the Game Boy Advance.

Activision has released the first screenshot from and information on Spider-Man: Mysterio's Menace for the Nintendo Game Boy Advance. The action game will be played from a side-scrolling perspective, and players can use Spider-Man's web-slinging and wall-crawling abilities to advance through the levels. In the game, Mysterio transforms Manhattan into a desolate world of nightmares, and it is up to Spider-Man to restore the city to normal.

Spider-Man: Mysterio's Menace is being developed by Vicarious Visions. It will be released on the Game Boy Advance this fall. 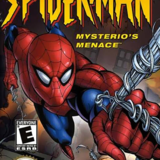