The developers behind Ecco the Dolphin are working on a shark-focused game.

Appaloosa, the development house behind the Ecco the Dolphin series, has announced that it's currently working on a new aquatic-based game called Sole Predator. In this action game, players will take on the role of a shark that's driven insane by low-frequency waves being played throughout the ocean's depths. The game will feature 20 missions in which players can devour oil-drilling crews in a variety of different ways. In fact, enemies will have 64 points of disconnection so players can take apart these crew members piece by piece. In addition, some objects in the environment are destructible, allowing the shark to destroy piers and other sorts of platforms.

Sole Predator will include split-screen multiplayer and online play (in the form of co-op and deathmatch modes) when it's released for the PlayStation 2 and Xbox. An official release date has yet to be announced. 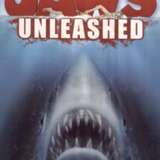